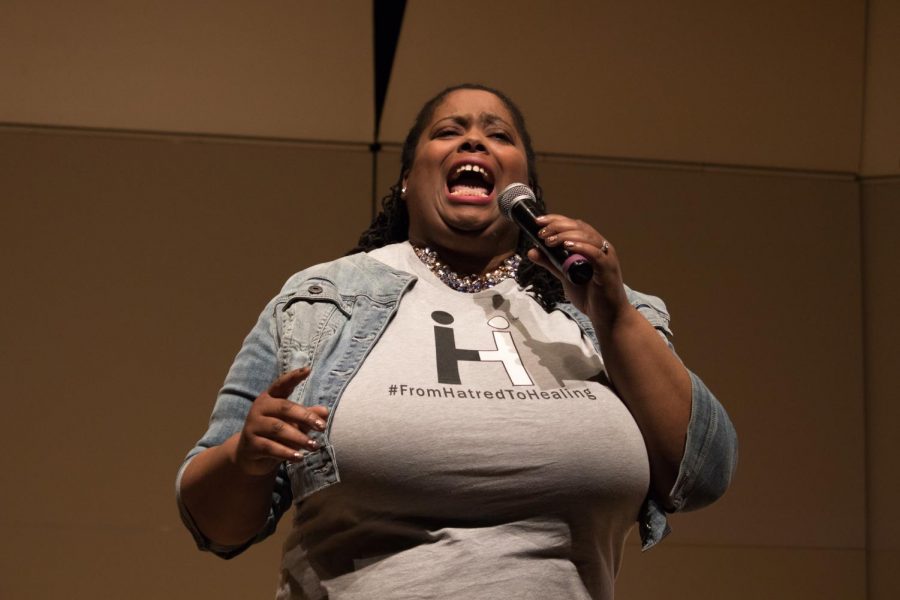 Students and keynote speaker, Dr. Michael Chaney, spoke at the annual Diverse Voices Conference on Saturday, March 23 to send a message to everyone who would listen.

The conference took place for the first time 17 years ago. Other universities soon followed suit in creating their own Diverse Voices conferences. Dr. Chaunda Scott founded the event, and it was her goal to give students a platform to speak about diversity on the same level of faculty.

This year, the theme for the conference was “Diversity Matters” to remind people about diversity and its impact. Scott reported the theme is chosen by an advising board and is usually centered around hot topics during the time of the conference.

“Given the complexity of diversity issues, it will widen the platform for students to have their voices heard along with faculty,” Scott said.

Each speaker at the event was given time to speak about what the theme means to them. Chaney, associate professor of counseling, said he wanted people to leave the conference knowing their sense of worth in society and the world around them.

“I want people to leave feeling like they matter regardless of cultural identity,” Chaney said. “I would like to impart a greater appreciation of diversity.”

Chaney started his keynote address with a personal story of his childhood, growing up in a world where he felt he didn’t matter and being confined to the norms of society. He told of his journey through different colleges and coming out to his family.

He spoke about his parents coming to terms with his sexuality and how they became supportive of him and his sister who is also a part of the LGBTQ+ community. He said he wanted to break the silence on homophobia and use his story to help students and others know they matter.

“My story is not a story of sympathy, it is a story of resilience,” Chaney said. “As an act of social justice, I use my voice to break the silence.”

“Students come to us with knowledge,” Scott said. “This is an opportunity for students to share what they bring to the table that is not in assignment form.”

She also said she is grateful to Oakland University and the provost for allowing her to put the event on.

Chaney wanted the event to lead the way and open a door to students who haven’t been fully aware of diversity.

“It’s really more important now than it has ever been to gain an appreciation for diversity,” Chaney said. “This event can open the door for people to become more aware of diversity.”