OUSC election: what you need to know 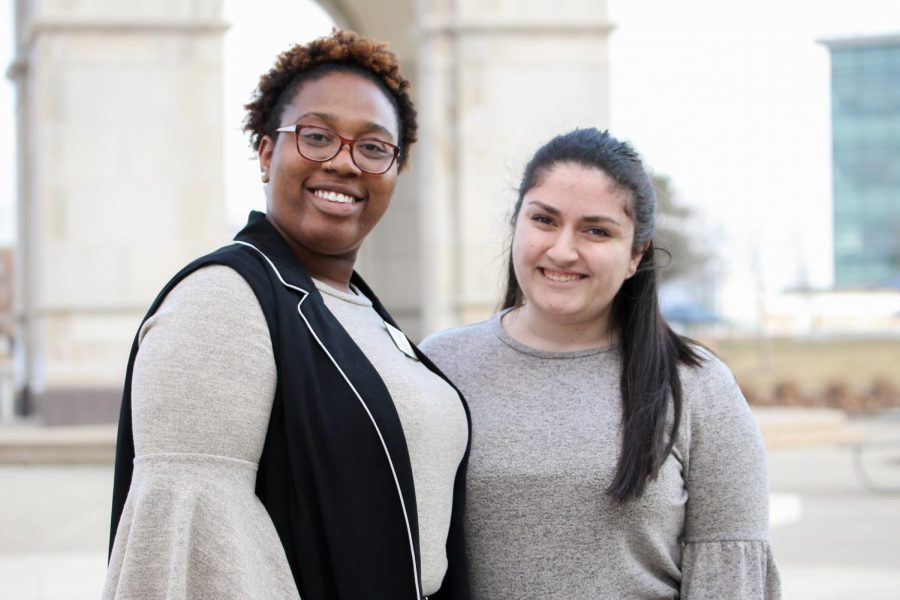 The Oakland University Student Congress (OUSC) presidential election runs from today through March 27, and there are a lot of questions flying through the air. Who you should vote for, what policies each candidate stands for and how this election will directly affect students are just a few concerns that students need to know before voting.

We sat down with the three primary running mates and discussed who they are, what their policies are and why they are running to help the students decide who to vote for in this presidential election.

The first candidates we sat down with were Destinee Rule and Julia Alexander, two junior political science majors running for president and vice president respectively. Rule and Alexander currently sit on OUSC, with Rule being the diversity and inclusion director and Alexander co-chairing the Student Activities Funding Board. Both candidates won the 2019 Keeper of the Dream Award on campus.

Some of the policies and changes that both Rule and Alexander want to make include more transparency between the Board of Trustees and students, the creation of a women and family center on campus, and to push awareness to residents that live on campus and commuters on the resources available to them.

“Destinee and I have a lot of different involvement on campus in a lot of different areas,” Alexander said when asked what set them apart from other candidates. “We have outreach to groups that past presidents and vice presidents in Congress may not have had, and while we wouldn’t say we could voice the student issues better, we would be able to understand those issues better.”

The Center for Multicultural Initiatives, the First Year Advising Center and the Gender and Sexuality Center are just a few of the organizations that the candidates have worked with in the past.

The second duo on the ticket for this election are Joshua Robinson and Joe Wentzel. Robinson and Wentzel are currently freshmen members of the Honors College.

If elected, Robinson and Wentzel want to focus on increased support for Greek Life on campus, a better process when it comes to the name change policy, and a better road of communication between students and the administration.

Other possible policies that Wentzel and Robinson proposed were a touch up of the guest policy and Nightwatch in the resident halls, a change to a few of the parking areas on campus for commuters and residents, and increased reliability with Chartwells menus.

“We want OUSC to be known,” Wentzel said. “We want people to know us and be comfortably around us so they could come into our office.”

The third and final ticket for this year’s election consists of Mackenzie Hill and Owen Bennett, a fourth year mechanical engineer and a second year economics major respectively. Hill has been a part of around 25 student organizations, ranging from SPB to swing dancing to the Outdoor Adventure Club, and is currently a part of the OUSC. Bennett joined SPB his first year at OU and has also done work with the School of Business Administration’s Ideas 2 Business Incubator.

With Hill and Bennett’s campaign, they both are focusing on three different tenets: efficiency, communication and student organization representation, with plans for several smaller problems as well, like hours for dining on campus.

“We believe that [through] increasing the efficiency [of Student Congress] we’ll be able to accomplish so much more than previous administrations,” Hill said. “This is really why we came to the table with our ticket.”

For efficiency, Hill wants to make OUSC itself all come together and focus on singular problems and expand what already exists rather than creating new positions.

“We want to make sure the things we say we want to do actually get done by the end of the term,” Bennett said. “If there’s only one thing I can do when I walk away from this administration, [it] is restoring at least one person’s faith in government on campus.”