Using the new study of genomics to cure HIV and AIDS 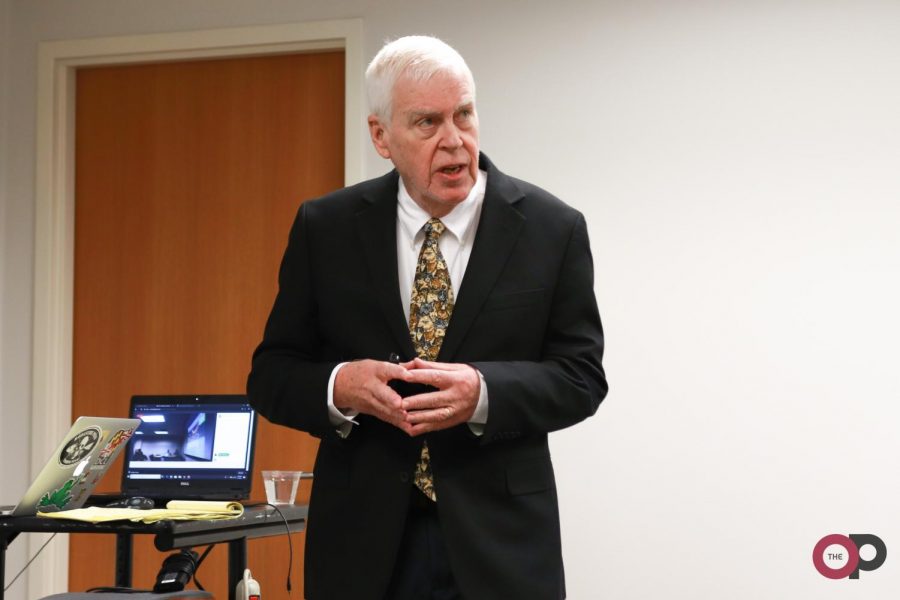 Students and professors from all over the state that study genomics and bioinformatics came together on Thursday, March 7 to attend the 2019 Oakland University Genomics Symposium.

The event ran all day and included a welcome speech from OU President Ora Hirsch Pescovitz and a keynote lecture by Dr. Stephen J. O’Brien. O’Brien is a well-know geneticist that uses his knowledge of bioinformatics and genomics to understand the causes of diseases and to help prevent them,

According to the U.S. National Library of Medicine, “a genome is an organism’s complete set of DNA, including all of its genes.” Each genome holds information that helps to keep the organism alive.

Genomics is a fairly new form of science that started being studied in the mid-to-late 1900s. Scientists that study genomics attempt to create a genome map of a species, usually to help understand and prevent disease.

The Human Genome Project, which was published in 2003, according to the National Human Genome Research Institute, was a collaborative research study where the goal was to understand all of the genes in the human body.

According to the NHGRI, all of our genes put together is what we call our genome.

“Your genes carry information on not only what happened to you, but to all of your ancestors,” said Dr. Taras Oleksyk, a genomics professor on campus.

O’Brien’s keynote focused in on his work in genomics to develop a cure for HIV and AIDS.

His number one tip for students and researchers that are trying to use genomics to cure disease is to “stay interested.”

HIV and AIDS in the 1980s was a substantial worry. According to the Center for Disease Control, after the first diagnosis of HIV was made in June of 1981, the number of people infected by the disease began increasing rapidly throughout the decade.

“The death rate was more deadly than a bullet to the head,” O’Brien said. “95 percent of the people infected were expected to die within 10 years of infection.”

Now, the death rate is just 2.5 percent according to a 2017 study published on Very Well Health.

The first success in curing a case of HIV using genomics was in a man known as “The Berlin Patient” in 2007. Although he suffered many complications and setbacks, over a decade later he still remains healthy and HIV-free.

On March 5, 2019, it was announced that genomics studies may have been able to cure their second patient of HIV thanks to a bone marrow transplant. The anonymous patient has been HIV-free for 18 months now.

According to USA Today, “doctors who treated him say this proves that the Berlin patient cured of HIV in 2007 wasn’t an anomaly and HIV remission is possible.”

In order to run a successful genomics program at a university, according to O’Brien, you need a good computer system, passionate young programmers and people that understand the big questions facing scientists today.

With these three things, the cure for a disease that was once extremely deadly could come sooner than scientists have thought in the past.