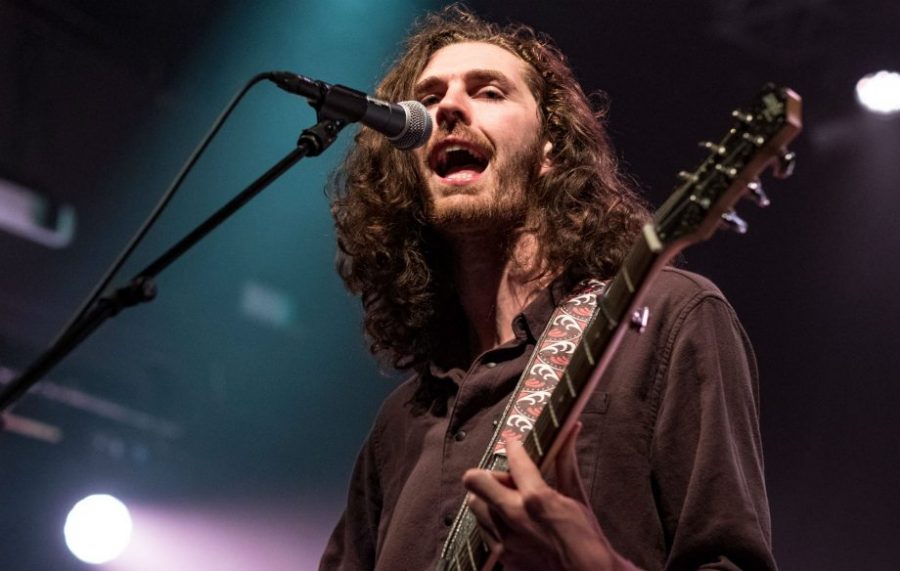 Remember when Hoizer released “Take Me to Church” in 2013 and then seemingly dropped off the face of the Earth?

The Irish, indie singer/songwriter is back with his second full-length album, “Wasteland, Baby!,” and it’s anything but a wasteland.

Outselling Ariana Grande’s album “Thank U, Next,” the album is 14 tracks long ,and they almost all hit the mark.

“Almost (Sweet Music)” has performed best on the charts and is a personal favorite of mine. It’s catchy, upbeat and shows Hozier’s range while staying true to his soulful roots.

Hozier’s first self-titled album was more mellow and really made you wonder, “who ripped this guys heart out?” “Wasteland, Baby!” shows us what it’s like when he’s all healed up.

“Nina Cried Power” reminds us that Hozier is an activist. With the iconic lyrics, “it’s not the walking, it’s the rising,” and a feature from the legendary Mavis Staples, the track points out how much of an impact music can have on the political discourse.

If you want to see just how powerful Hozier’s voice is, I’d recommend “As It Was.” It’s vulnerable and pure and reminds me of “Take Me to Church” in the best way possible. Whether this genre of music is your thing or not, the beauty and fullness of Hozier’s voice are undeniable.

The album as a whole feels like a breath of fresh air and a sigh of relief all at the same time. After a five year hiatus, it’s hard to avoid the dreaded sophomore slump.

“Shrike” is another song that performed well on the charts, but this time it’s a ballad. It’s not my taste, but I’d definitely listen to it if I was trying to fall asleep. It’s peaceful.

I almost skipped over the track “Be” completely but after giving it a few listens, I think it’s Hozier’s attempt at branching out. It features electric guitars and airs more on the side of a classic rock song than his typical folky style.

After such a long break, you have to admire Hozier’s confidence. His music isn’t mainstream but it also doesn’t always fit in with his folk colleagues like Fleet Foxes and Bon Iver.

Critics of the album have pointed out that no matter what Hozier does, “Take Me to Church” is in the back of everyone’s mind. They aren’t wrong, but is that such a bad thing? When I think of Michael Jackson I think of “Thriller.” When I think of Justin Bieber I think “Sorry.” Having a popular song shouldn’t hinder an artist from creating.

Sure, “Wasteland, Baby!” is reminiscent of Hozier’s earlier work, but that’s his style. He still shows maturation and growth on his new songs, all while staying true to himself.