Men’s basketball advances to semifinals with win against Youngstown State 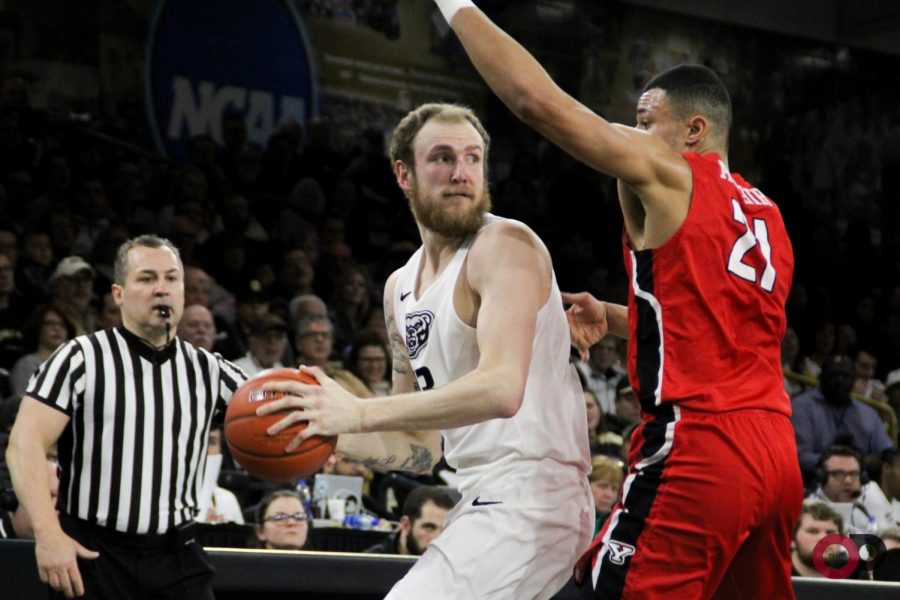 Two years after losing at Joe Louis Arena as the No. 1 seed on a last-second layup to the Youngstown State University Penguins, Oakland faced them again in the quarterfinals of the Horizon League tournament. This time the game was held in the O’Rena, and with a different venue came a different outcome.

“They (Youngstown) have been a bugaboo for us,” Head Coach Greg Kampe said. “For some reason, you play certain teams well. We’ve had some unbelievable one point, last-second shot games with them. I’m glad we got a chance to play Youngstown after what they did two years ago to us.”

The eight-point favorite Golden Grizzlies started off the game on a 9-0 run, Youngstown State started 0-4 from the floor and had three turnovers. The Penguins were able to break a five-minute scoring drought with a Devin Morgan 3-pointer. Because of this drought, Youngstown State began using a full-court press to try to get back into the game, which led to eight fouls in the first 10 minutes.

The press worked for the Penguins, forcing turnovers and getting easy baskets which sparked an 8-0 run to tie the game up at 20 points with 8:30 remaining. After an early Oakland lead, the Youngstown State defensive intensity reduced the gap and eventually took a two point lead, 24-22.

“They put that press on us but we have a press breaker,” Brad Brechting said. “We kept our heads down and stayed focused, the guys played well tonight.”

Cumberland came out of halftime on fire, scoring nine points in the first three and a half minutes, including two 3-pointers. He finished as the team’s leading scorer with 23 points.

The game plan down the stretch was to get the ball to Xavier Hill-Mais and Brechting, exploiting the size advantage inside. Hill-Mais was able to consistently get to the basket and finish with hook shots and layups down the stretch.  He was also active on the offensive glass, extending possessions with four offensive rebounds.

The Golden Grizzlies advanced to the semifinals with the win, and will face the No. 2 Northern Kentucky Norse and Horizon League Player of the Year Drew McDonald, who Oakland went 1-1 against this season.

“With a win like this, it shows we’re ready to play… and we’re ready for March Madness,” Hill-Mais said.