Experts talk about the future of recreational marijuana since Prop. 1 passage 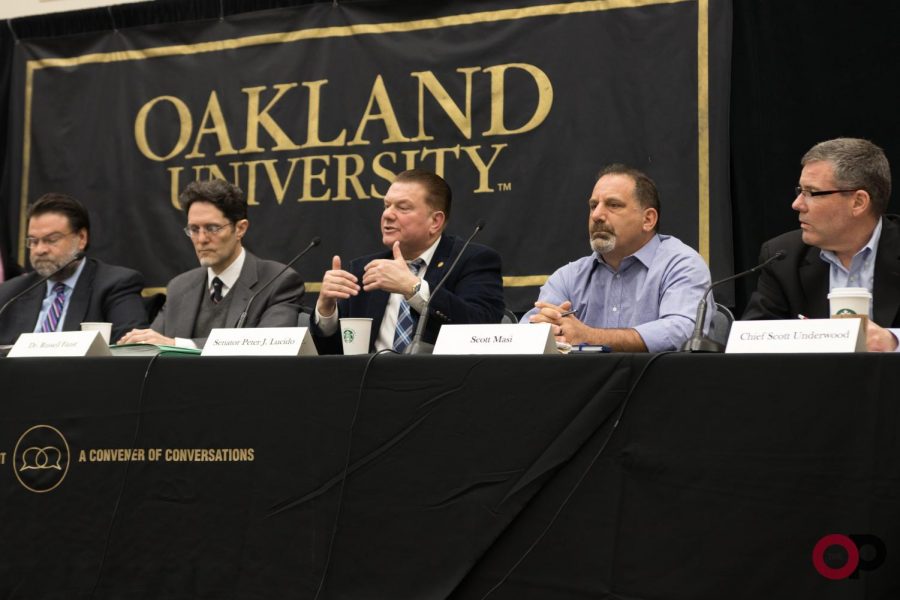 In Nov. 2018, the Michigan electorate voted Proposal 1 into law, making marijuana legal for recreational use within the state.

Three months have passed. Now what?

In an attempt to clear up post-prop confusion, a panel of Michigan experts assembled for Monday, Feb. 11’s “Marijuana is Legal. Now What?” discussion on the budding topic.

Senator Peter J. Lucido, a chair on the Michigan Senate Judiciary and Public Safety Committee, was quick to address the need to readjust state marijuana laws to allow Prop. 1 to work as intended.

“We still have use of marijuana on the books, and we also have possession of marijuana [as illegal],” Lucido said. “[These laws] have to be repealed.”

Lucido was also quick to mention the need to repeal the law that requires medical marijuana transported by car to be in a locked box in the trunk, a law that was ruled unconstitutional by the Michigan Court of Appeals in 2016.

“[Police] are not just going to jerk someone out of their car, [say] ‘OK, we think you’re smoking weed,’ we drag you off to jail and take your blood,” Berlin said. “You have to have probable cause to make the actual stop—were you swerving, going across the center line… Then we pull you over and check the individual [for] slurred speech, glassy eyes, pupils dilated… All the general sobriety tests. Then we’ll bring you in if we think you’re smoking weed or [drinking] alcohol, and maybe a blood test or breath test.”

Berlin believes the legal limit on THC intoxication will be determined in the courts rather than the legislature. This belief in the role of case law is shared by Waterford Police Chief Scott Underwood.

The regulation of Michigan’s weed—especially in regard to the amount of testing labs—is a concern addressed by Oakland County Medical Director Dr. Russell Faust.

“We have four labs, and they are license labs, in the state right now,” Faust said. “The problem is that there is not a state reference lab that confirms what those state license labs are finding or not finding, and that’s a real problem… I don’t really have a dog in this fight, I am just concerned that your weed is safe.”

At Oakland University, there is certainty in a pre-Prop. 1 status quo remaining. On Nov. 8, OU President Ora Hirsch Pescovitz sent an email to the OU community explaining that in order to continue receiving federal funds (financial aid, grants, etc.), federal drug laws would need to be enforced. Dean of Students Michael Wadsworth confirmed via email this is still in effect.