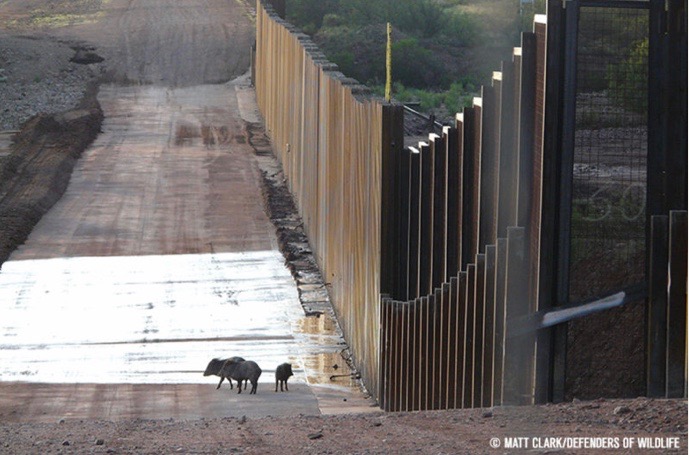 The U.S.-Mexico border stretches across nearly 2,000 miles of ecosystems. The talk of building a wall along this border has spiked debate between scientists and politicians over whether it is ethical in regard to the animals in the region.

Last year, Stanford biologist Paul Ehrlich told the Stanford News the wall would be “a crime against biodiversity.”

The border wall will split up populations of species and cause them to be more susceptible to predators and less able to reproduce. It will also obstruct the flow of water, creating scarcity in food and water for species that live on the border.

“One of the biggest likely impacts of a wall will be to prevent many species of plants and animals from moving back and forth across the border,” said Thomas Raffel, a biology professor at Oakland University. “This will tend to isolate northern and southern populations from each other, and in some cases might threaten species by splitting larger populations into smaller, less viable populations.”

According to the previously mentioned Stanford News article, some of the most biologically diverse populations live on this border in various ecosystems including forests, grasslands and salt marshes.

The border wall will cause habitat fragmentation, or the division of habitats into smaller pieces, according to Scott Tiegs, an Oakland University ecology professor.

“Habitat fragmentation is almost always associated with losses of biodiversity since it interferes with processes such as the movements of animals and seed dispersal, processes that are needed to maintain healthy ecosystems,” Tiegs said.

According to Raffel, this is an issue for which humans could pay a heavy price.

“Diverse ecosystems are inherently valuable because diverse ecosystems tend to provide better services to humans,” Raffel said. “A 2014 study estimated changes in land use cost the world economy up to $20 trillion every year due to loss of ecosystem services. Humans rely on healthy ecosystems to a much greater degree than most people appreciate.”

In 2005, Congress passed the Real ID Act. This law gives the Department of Homeland Security the permission to waive any laws that may slow the construction of the wall. This includes the Endangered Species Act which aims to prevent extinction of species and protection of their habitats.

“Protecting the most vulnerable species means preserving the ecosystems they live in,” Raffel said.

Scientists across the globe have banded together to stop the construction of the border wall to preserve the more than 1,500 species that call this area home. A paper published in BioScience by Ehrlich and Rodolfo Dirzo warns extinction is a great possibility for these species if the wall is built.

“The biodiversity crisis and all it entails is a serious threat to our longterm national security,” Tiegs said. “And ignoring our environmental laws, which aren’t very stringent to begin with, only exacerbates the problem.”

Raffel encouraged those who want to see change to call and write letters to state and federal congresspeople about the issue. He also stressed the importance of researching who you are voting for to see if they care about environmental protection. Taking action is the best way to preserve the species and their habitats.