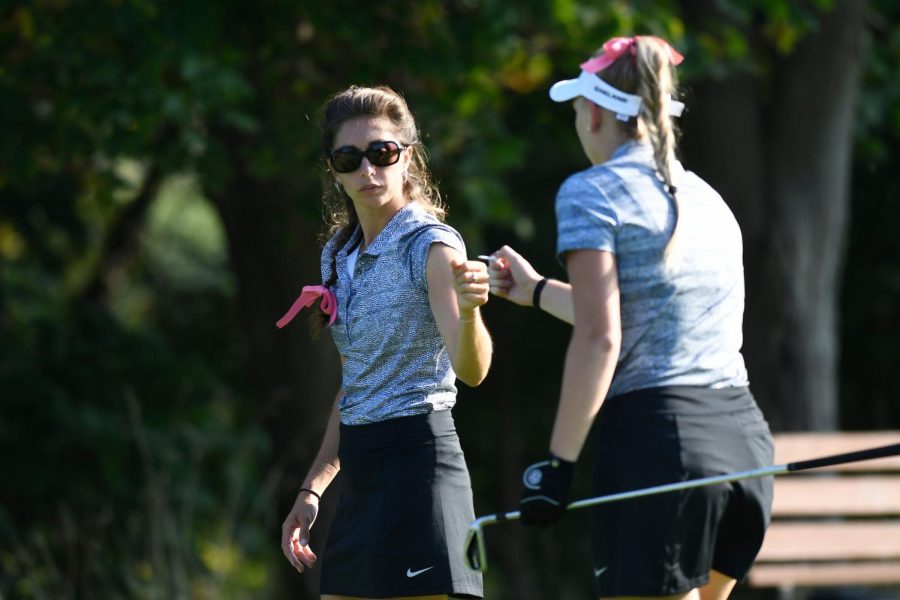 Alyssa Gaudio over the years has shown that she could be a staple of Oakland Athletics. Being the first ever women’s golf head coach here at Oakland University, Gaudio has been very successful since the start of her tenure.

Gaudio started coaching women’s golf at Oakland in November 2014. She was excited to have this new opportunity in front of her, even while joining midway into a season.

“I was really excited,” Gaudio said. “It was very different to come into a season in December. I wasn’t quite sure what to do with what I had, but I was really excited for the opportunity especially with what’s around us campus wise and where we are in the community.”

Gaudio, a Chicago native, took over a coaching job at Chicago State in 2013. Her team academically held a grade point average of 3.48 and she improved the team’s national ranking from 213 to 186, the best in school history. She believes academics play a very important role in the way student-athletes perform.

“I would say yes, especially in golf,” Gaudio said. “Depending on the major, it makes things very tough sometimes because students have a huge course load while trying to compete. The fact they’re able to balance academics and athletics shows they can balance golf and traveling even more. So I think the better they do in the classroom, the better they do on the course. It’s a confidence thing.”

The women’s golf team has been very successful since its fruition, winning a conference championship the year after Gaudio took the reins. She has seen the growth of this program every year, and she is really excited for what the future holds.

“We’ve had a strong team all four years since I’ve been here,” Gaudio said. “We’ve finished runner up three times, won once and finished fourth, but we were only 10 shots out of first. It shows how strong our team is and how strong the conference has become. Every year I’ve been here, the girls on the team, their stroke averages improve and our team average improves year by year. Sometimes it’s not exactly what we want but they keep working harder and harder.”

In her first spring season, Gaudio and her team set a 54-hole team record with a 906. Going forward, this season and beyond, Gaudio wants to break records and snag some tournament wins.

“We’d like to keep trying to break records,” Gaudio said. “We have such a strong team and if everyone drops a few shots every tournament I think we can eventually break that 906 record. We obviously want to get a few tournament wins and some top three finishes. We started off with a win and we have five more tournaments, so top three finishes would be great and even contending for first would be even better.”

Gaudio and the women’s golf team will be traveling to Boca Raton, Fla. where they will face off against Florida Atlantic on Sunday, Feb. 17 and Monday, Feb. 18.