SATIRE: Four Things You Could Have Done Instead Of Watching Super Bowl LIII 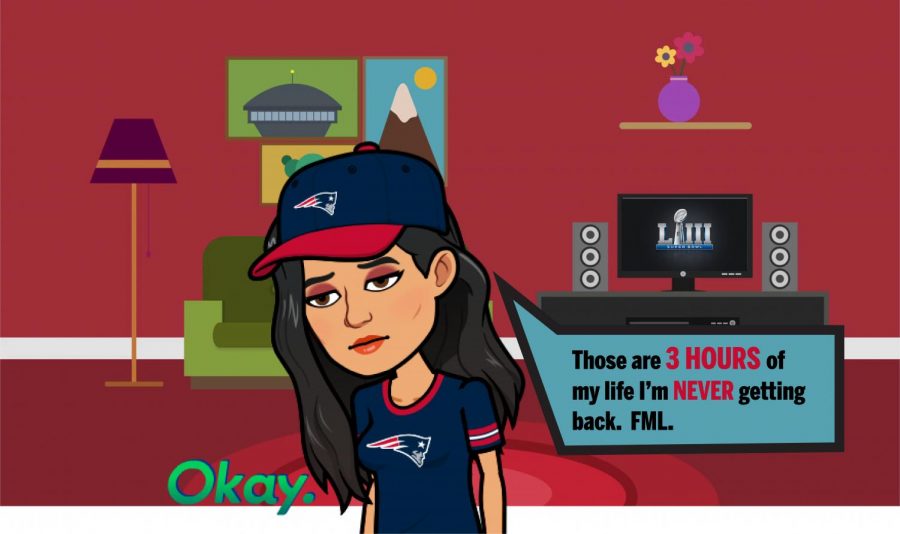 Super Bowl number 53 was last Sunday, and that was nearly four hours of my life I’m never going to get back. Now, I’m not the biggest football fan, and I’m sure if I was I would be absolutely stunned at the amazing defense played by both teams for the duration of the game.

But unfortunately I’m vaguely interested in football at best, and seeing a loop of 10 commercials and then one team punting over and over again was almost as exciting as watching paint dry.

Because my opinion is usually right and what everyone believes, I’m sure there are some other people out there that feel the same way. So, in order to make all of you feel bad, here are some things you could have been doing instead of watching Super Bowl LIII.

Watching Season 2, Episode 35b of Spongebob Squarepants on repeat

We all know what episode this is. I don’t have to mention the title, or any details about the episode for us all to know what I’m talking about. This episode is exactly 11 minutes and four seconds long, and the Super Bowl lasted three hours and 38 minutes from 6:30 p.m. to 10:08 p.m.. In theory, you could watch what everyone wanted to see during the halftime show 19.6987 times.

When was the last time you had a good night’s sleep? I’m talking about a nice, long eight to 10 hours of nothing but laying down and getting cozy in bed. Wouldn’t it have felt great if you decided to go to bed a few hours earlier, rested up and gotten up refreshed for Monday morning?

Instead of being responsible though, we all decided to watch Tom Brady get his fourth Super Bowl ring in five years.

It’s a weekend, and you decide to to get coffee and cheesecake at Dessert Oasis in Rochester as a treat for yourself. While waiting in line, you start to have a conversation with the person standing next to you.

The both of you decide to get a table together and keep talking, and even though the minutes have started to turn into hours, neither of you notice. You both are so engrossed in one another, neither of you can pay attention to anything. The both of you have never felt this way before, and you want this feeling to last as long as possible.

That could have been you, but you just had to see what crazy antics the Budweiser horses would get up to this year.

Do you know how long it takes someone to learn how to juggle? Apparently it can range from anywhere between 15 minutes to an hour or two, according to a quick Google search.

I’m not saying you should learn how to juggle, because honestly the world has enough jugglers as it is (example: Rams wide receiver Brandin Cooks). What I am saying is you could have done literally anything else, and gotten more out of it then watching Super Bowl 53.