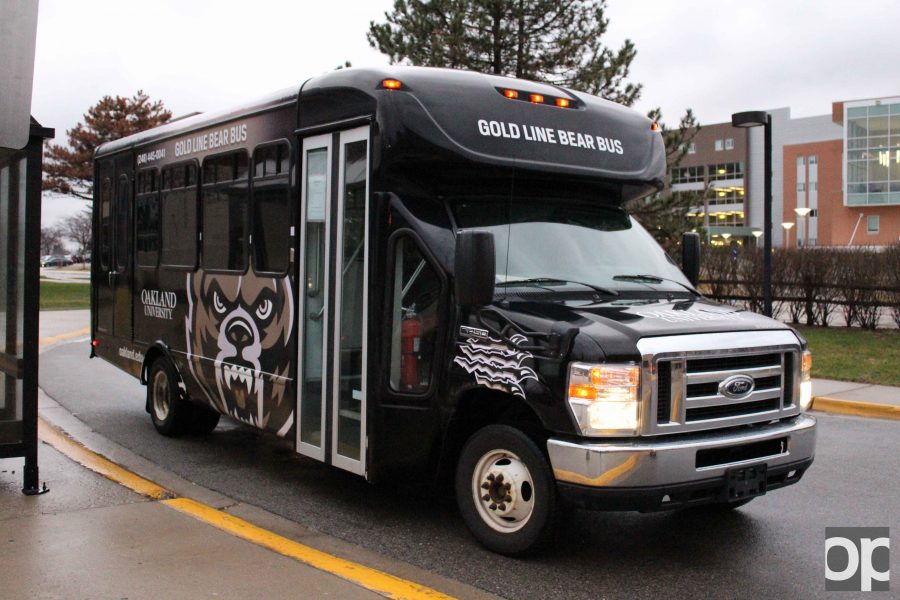 There is no beating around the bush — parking at Oakland University is a disaster. And expanding parking risks increasing tuition prices with construction. But what if there was another way to get people to campus without raising tuition?

Turns out there is another way: improved local transit. Specifically, more — and better — buses.

Buses at OU are not a new concept. In fact, they already exist. The Bear Bus is a service that uses small buses and vans to ferry students around campus and to select off-campus stops, while the Suburban Mobility Authority for Regional Transportation (SMART) bus service has a single stop at OU on the Meadowbrook Road roundabout.

But look any deeper and you will find what bus infrastructure there is does not meet the needs of the majority of OU students.

According to OU’s fast facts page, 40.5 percent of students come from Oakland County, while 31 percent come from Macomb County. SMART serves both of those counties, and to a decent extent as well. But in north Oakland and the suburbs lining surrounding M-59? Nothing.

According to a 2018 map by SMART, if you live in Utica or Shelby Township and want to get to OU by bus, you need to take one of two routes down to 15-Mile/Maple Road bus, ride that to another bus stop at Somerset Mall, take another bus up to a stop across Squirrel Road from the Chrysler headquarters, and then finally ride the 756 (the route that terminates at OU) up to Meadow Brook Road.

If you’re one of the 6.3 percent of OU students from Wayne County, bus transit is just a little bit easier for you. With the higher density of mass transit you can ride your bus route of choice out to Woodward, hop onto a Woodward FAST bus and connect with 756 in Pontiac. Once you transfer, you’ll be stuck in for the whole route, but at least parking is taken care of.

The Utica commuter, in the current state of SMART’s bus service, must have a car and must take up parking at OU. But why?

SMART allows for communities to opt-out of the service, denying their citizens of rapid transit and reducing the incentive for busses to run through those communities. While Oakland County has the most opt-outs, two important ones are Rochester and Rochester Hills – the two towns directly between Utica and OU.

While this is easier said than done, efficient bus transit to OU can only start when at least Rochester Hills opts into the SMART system. To do that you’d probably need to convince the people to pay a bit more in taxes, be willing to share the road with buses, get a millage on the ballot and hope you convinced enough people buses are a good idea. Or you could wait and see if the Regional Transit Authority (RTA) – which does not include an opt-out option —is passed into existence, but that avenue for change has not been well received.

But until the day efficient bus transit comes to OU, our parking lots will remain full and our tuition costs will keep rising.