OU alum embarks on two-year bicycle trip through the Americas 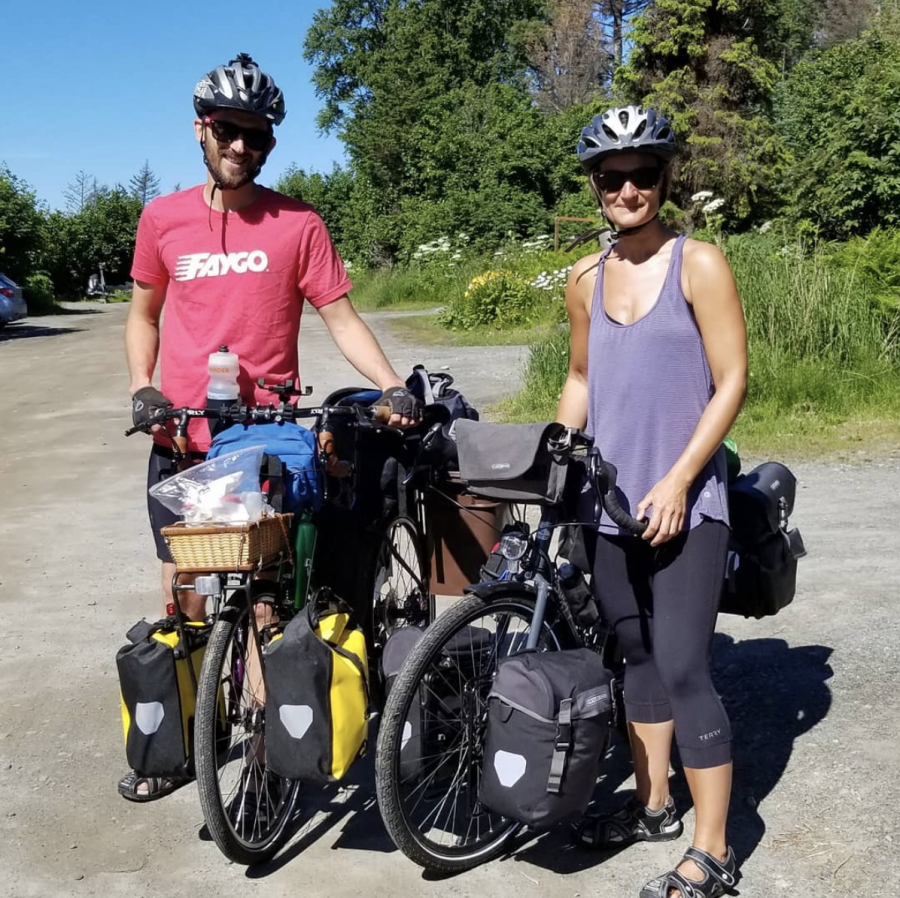 Oakland University alumnus Chris Haag and his wife Soph have embarked on the adventure of a lifetime — traveling from the “top of the world to the bottom,” completely by bicycle.

The Haags departed from Homer, Alaska on their fully packed bikes on July 3, 2018 and are currently in Salinas, San Luis Potosi, Mexico. They are on their way to their final destination — Ushuaia, Argentina.

“I’ve dreamt about extended travel most of my adult life,” Chris Haag said.

When Chris told his family he and his wife would be living off their bikes for two years on a journey around the world, it didn’t surprise many, considering the “out of the box” lifestyle he has always lived.

“The best answer was from my grandma,” he said. “I told her over the phone and after a bit of a pause, she said, ‘Yeah, do it. It sounds amazing, and I wish I could go with you.’”

Apart from their love of cycling, Chris and Soph want to use their journey to promote cycling as a sustainable mode of transportation.

“In a funny way, I think that bikes are the future,” Chris Haag said. “It sounds corny, but I think the world would be a better place if more people rode bikes.”

When he started, Haag said he was nervous about the extensive journey and the unknown that remained ahead of him.

“The hardest part for me right now is seeing some of the hardships people face,” he said. “In both Mexico and the United States, you pass through some impoverished areas. It makes you realize how privileged or fortunate you are.”

Aside from diving into other cultures, he has also gotten a glimpse of the environmental issues plaguing the planet.

“When you see polluted air and rivers in what would otherwise be a beautiful place, it can be heartbreaking,” Chris Haag said. “We don’t really see in the United States what the result of our consumption is. Many of the environmental impacts from our way of life get swept under the rug into poorer countries.”

Haag and his wife keep their friends and family back home updated on their journey through their social media platforms. As a result, they started gaining followers from thousands of people that were inspired by them and wanted to keep up with their adventure on Instagram.

“Pretty much anybody could do this if they really wanted to,” he said. “You don’t have to be overly smart or fit, and it doesn’t really cost that much compared to what most Americans make.”

He often misses his dog and not having to stress about finding a place to sleep every night. However, places like the Sonora River Valley, where the hilly roads wind into the skyline and hotels are $15 a night, make it all worth it.

“For people in Michigan, I would encourage them to get out and explore the state on bike,” Chris Haag said. “Even if it is just from your front door to a park, or bed-and-breakfast for a night and back the next day.”

To stay updated on all of the Haags’ cycling adventures as they make their way down into South America, check out their blog.