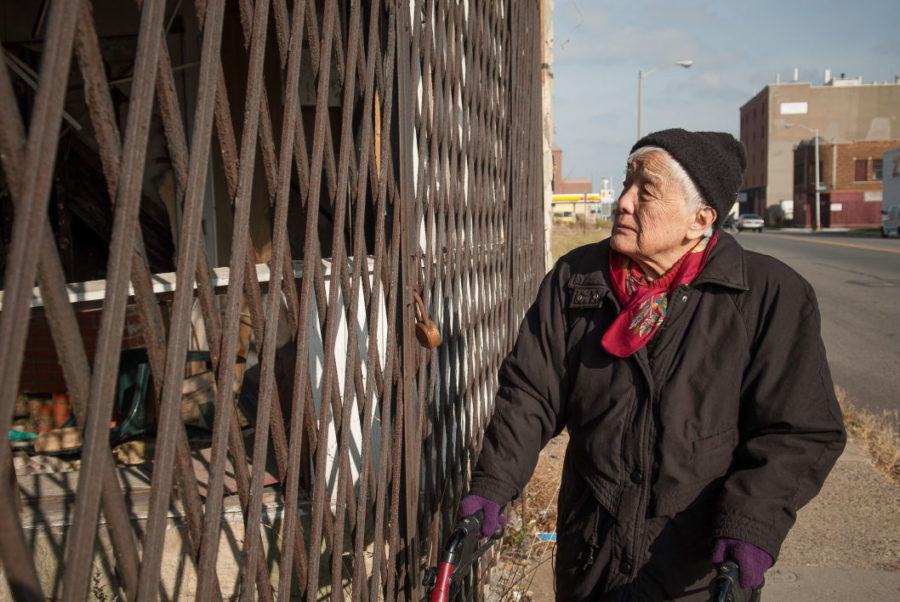 Grace Lee Boggs has been part of every major social movement since the 1940s.

The tumultuous ‘60s brought about several challenges for the American public—the nation was fragmented amongst monumental events like the civil rights movement, Vietnam and the Detroit race riots.

To honor the revolutionaries that continue the fight, the 31st annual Women and Gender Studies Film Festival is screening “American Revolutionary: The Evolution of Grace Lee Boggs” this Saturday, March 7 at noon in 1050 Human Health Building.

No stranger to concepts of change, Grace Lee Boggs has been part of every major social movement since the 1940s—a true revolutionary.

In addition to the film, which focuses on the life of 99-year-old Boggs, a Detroit-based philosopher and activist, there will be a number of special guests at the event, including the film’s director, Grace Lee, who will hold a Q&A about her work and the film.

“People of all genders are welcome to attend. Feminism is for everybody,” said Ami Harbin, assistant professor of philosophy and women and gender studies. “We are excited to open up a discussion about how we can all recognize the legacy of social movements in our area and to think together about where we go from here.”

“The film really emphasizes the way that personal change and social change are connected—that working for social justice can require critically thinking about our own perspectives on the world,” Harbin said.

OU communications professor Sharon Howell has been involved in the film since the beginning of the project. Although the film makes clear their relationship, she has worked with Boggs since 1973—organizing, writing and traveling.

“This film gives the audience a perspective on the last century and on the city of Detroit that is unique,” Howell said. “It is especially important to audiences in Macomb and Oakland counties, as they often see and hear a distorted image of the city and the people who are shaping a new future there.”

Boggs was given an honorary Doctor of Humanities degree at OU a few years ago in recognition of her contributions, not only to Detroit and Michigan, but also to the entire country.

According to Howell, this film is an important way for people to understand the significance of Boggs’s contributions to social change and to raise questions for all of us to think about.

“The questions facing us are not easily answered, but the film can help us have courage to rethink who we are and where we are headed.”

“As Boggs and I have often said, another world is possible, another world is necessary and another world is happening,” Howell said. “That is definitely clear in Detroit, which is leading the way toward a new kind of urban living that emphasizes self determination, collective support and respect for people and the earth that sustains us.”

For students with a revolutionary mindset, or those that want to learn how to implement a positive change in their community, this event could be a good place to start. There may be no more experienced voice than that of nonagenarian Ms. Grace Lee Boggs.

For those that want to get involved on campus, the Gender and Sexuality Center in the O.C. is the place to get information. Also, there are two groups that have regular events: The Wide Range of Normal and the Feminist Activism Forum. Check out the women and gender studies Facebook page for regular events and updates.