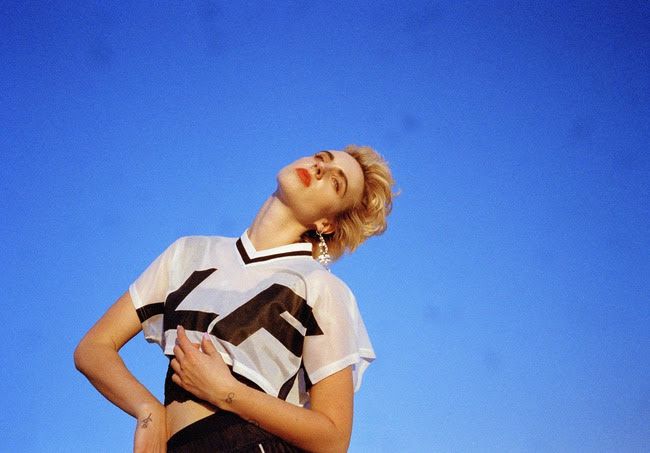 courtesy of Consequence of Sound

Growing up in a town of less than 2,000 people, Danish singer Karen Østred was never meant to be famous.

More popularly known as MØ (pronounced Mur), her 2015 song “Lean On” with Major Lazer and DJ Snake is certified platinum in over five countries and has over two billion views on YouTube. Despite her previous album, EP and single releases, “Lean On” was MØ’s breakout hit.

With influences like the Spice Girls, MØ has the ultimate pop sound. It’s full, catchy, upbeat and a little twisted. She mixes bubbly drum beats with dark lyrics.

Her sophomore release, “Forever Neverland” is shorter than her previous work but has twice the depth. MØ manages to stay fun and upbeat while addressing heartbreak in a very real way.

“Mercy,” featuring What So Not and Two Feet, is the most emotionally rich track on the album. MØ discusses the idea that she was a toxic partner in a relationship and begs her significant other for a second chance.

MØ is nothing if not consistent. Her tracks are loud, for lack of a better word. At times overwhelming, the songs all feature a range of backup singers, synthesizers and miscellaneous add ons that don’t necessarily add to the listener’s experience.

With that being said, the songs are fun to listen to. I wouldn’t play them as a way of relaxing, but they’re great mood boosters. “Sun in Our Eyes” was released earlier in the summer as a single and it’s perfect for driving with the windows down on a hot day.

“Nostalgia,” previously released as a single, is the most interesting track on the album. It’s quirky and reminds us that MØ doesn’t take herself too seriously. She talks in the song so much that it almost makes you wonder if she wants to be a rapper.

“Blur” and “If It’s Over,” the latter of which features Charli XCX, both let listeners know that MØ might be in a sticky situation relationship-wise. The lyrics are sad, but the beats are fun and interesting.

“Trying to Be Good,” “Beautiful Wreck” and “Purple Like Summer Rain” are MØ’s attempts at ballads on the album. They’re repetitive, but the lyrics are beautifully written.

The entire album is very chorus heavy. If you want something you can sing along to, I think you’re going to like “Forever Neverland.”

While it’s exciting to see MØ explore new depths on this album, it may not be enough to be a hit. Her most popular songs all include features and, while she only has two albums under her belt, it still remains to be seen whether she can truly carry a full song on her own.