From tiaras to textbooks: how one OU student juggles it all 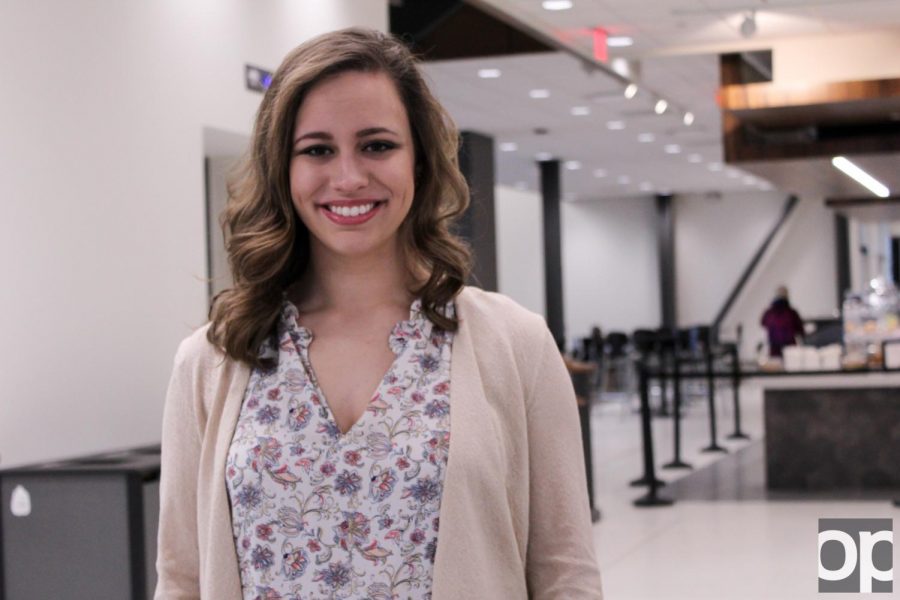 It might seem glamorous being a beauty pageant winner. Little do most know what goes into the job once that sash goes on.

Erica Kennedy, a junior at Oakland University studying musical theatre, has been participating in pageants since she was in middle school.

“My mom actually did pageants back in the day,” Kennedy said. “She was Miss Lapeer in 1988 or ’89. When she won her local after her fourth try, she won two years worth of college tuition. That was a big deal for her.”

When she turned 13, her mom saw that the Miss America Organization had started a teen program. She thought it would be for her daughter, and after one try, Kennedy was hooked.

“In the four years I participated in the teen pageants, I held four titles,” Kennedy said. “You can only hold one per year. It was an amazing experience. I always compare it to being fast forwarded through puberty because what you have to do is learn how to be very mature very quickly. I’m a type B personality and wasn’t very organized growing up. I was very good at the arts and sports, but doing pageants helped me focus on my schoolwork and learn to focus in, and find what I wanted to focus on in life.”

Kennedy expressed that there was a group of young women, including herself, who started as teens together and are all going to Miss Michigan together. Seeing each other grow and develop has been the best part of the journey for Kennedy.

At the start of the 2019 Miss America competition, Miss Michigan, Emily Sioma, took her few moments on stage to make a political statement about the Flint Water Crisis.

“As local title holders and state title holders, we are expected to serve the community,” Kennedy said. “I do think that there was an opportunity for someone like Emily Sioma [Miss Michigan] to take her 15 seconds to make a political statement. I know her platform was about sexual assault and sexual violence, so I was surprised she didn’t actually speak about that, but I think Miss America is leading in a direction where women can talk about issues that affect not only everyone, but women too. It’s a year of transition for us.”

When trying to juggle both academics at OU and her job as a pageant titleholder, Kennedy says that taking time to herself is what prevents burnout.

“It is actually insane,” Kennedy said. “My duties depend on my local title, so there are parades, my personal platform and representing the Children’s Network Miracle Hospital. It can be difficult to balance, and because I’m a musical theatre major here at OU, I’m already doing the maximum hours. There’s a lot going on. I try to take time for personal fitness and keep up with political news. I never have a free minute.”

Despite having a maxed out schedule, Kennedy finds joy in the beneficial aspects of being involved in pageantry.

“The skills that I’m learning that make me a young professional and allow me to be prepared for the real world is the Miss America system,” she said.