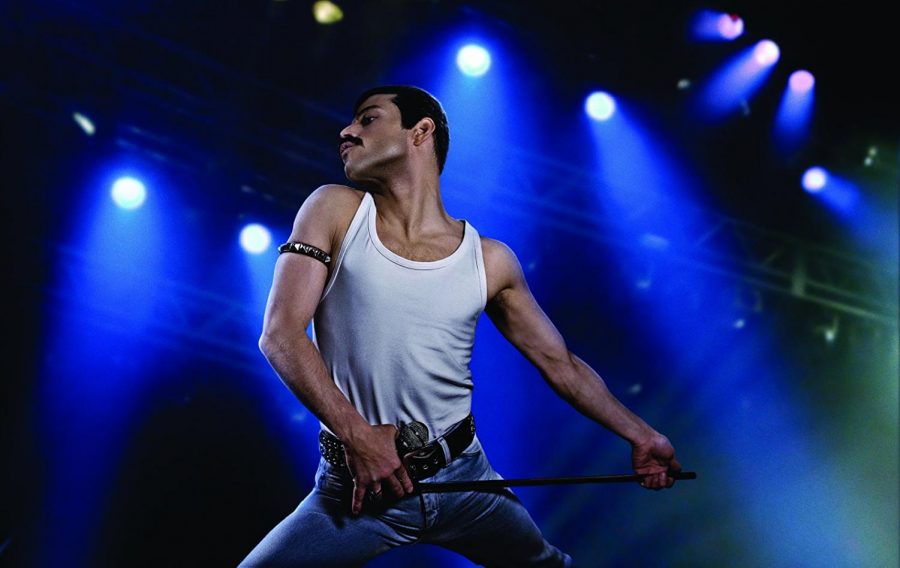 “Carry on, carry on, as if nothing really matters.”

These famous Queen lyrics are words to live by when approaching “Bohemian Rhapsody,” the highly-anticipated biopic for the band’s legendary lead singer Freddie Mercury. While its musical counterpart is considered by many to be one of the greatest songs of all-time, unfortunately for Queen fans, the film is not of the same caliber.

In all honesty, the film really isn’t that bad — in fact, I’d go see it again, simply because I love Queen that much. But to excuse the disservices “Bohemian Rhapsody” commits against one of the greatest bands of all-time would be a crime in and of itself. Plagued by sugarcoated stretches of the truth, “Bohemian Rhapsody” filters the Queen frontman’s life into a family-friendly glob of historical inaccuracies and clichés that can seldom be overlooked.

Thankfully, the film does have one thing going for it — the incomparable Rami Malek, who rather brilliantly and effortlessly transforms into Mercury. Malek’s performance flawlessly captures the late rockstar’s eccentric personality and on-stage persona, a difficult feat to accomplish.

“Bohemian Rhapsody” both begins and ends with Queen’s iconic 1985 Live Aid concert, which is undoubtedly the highlight of the entire film. But for the rest of the film’s two-hour duration, it offers snapshots into the life and career of Mercury and his bandmates — guitarist Brian May (Gwilym Lee), drummer Roger Taylor (Ben Hardy) and bass guitarist John Deacon (Joseph Mazzello).

For the most part, the film stays true to what really happened, though it often glosses over significant events in the band’s rich history, wrongly assuming Queen’s story is one with which theatergoers are entirely familiar. Much of this can be attributed to the inconsistent — and occasionally incoherent — screenplay, which tries to force a cheesy, uninspired underdog story down the audience’s throats instead of giving it to us straight. The narrative restraint of this film, which heavily contrasts Mercury’s flamboyant nature, may be what hurt it the most.

The screenplay also falls flat in delivering an accurate portrayal of Mercury’s private life, mostly because it has no idea how to approach it. The film tries its best to cater to its PG-13 rating by (perhaps unintentionally) censoring Mercury’s bisexuality, though it does explore his relationships with manager Paul Prenter (Allen Leech) and longtime partner Jim Hutton (Aaron McCusker). But “Bohemian Rhapsody” largely relies on the singer’s relationship with ex-fiancée Mary Austin (Lucy Boynton) as a cushion, and quite frankly, it’s the only relationship throughout the film to have any real substance.

Perhaps “Bohemian Rhapsody’s” issues can be partially attributed to its behind-the-scenes setbacks. Development on the project halted after Sacha Baron Cohen, the initial choice for the starring role, exited the project in 2013. It wasn’t until 2016 when Malek signed on that production resumed. A year later, director Bryan Singer was fired, and Dexter Fletcher was brought in to finish the film.

But something tells me the melodramatic nature of the film and its inexplicable desire to rewrite history are elements that were present long before its behind-the-scenes drama came to light.

In spite of its painfully obvious flaws, “Bohemian Rhapsody” boasts an exceptional cast, fronted by Malek, who largely outshines his costars — in typical Mercury fashion, no doubt.

However, my problem with “Bohemian Rhapsody” isn’t so much with what it is, it’s what it’s not. It’s been eight years since the film was initially announced, and for as long as it took, the final product is slightly underwhelming. It could’ve been so much more, but instead settles for a nostalgia-ridden piece of mediocrity.

“Bohemian Rhapsody” doesn’t quite live up to the legacy of Freddie Mercury or Queen, but Malek’s stunning revival of the group’s leading legend still makes it worth the watch.

He will rock you, even if the rest of the movie won’t.