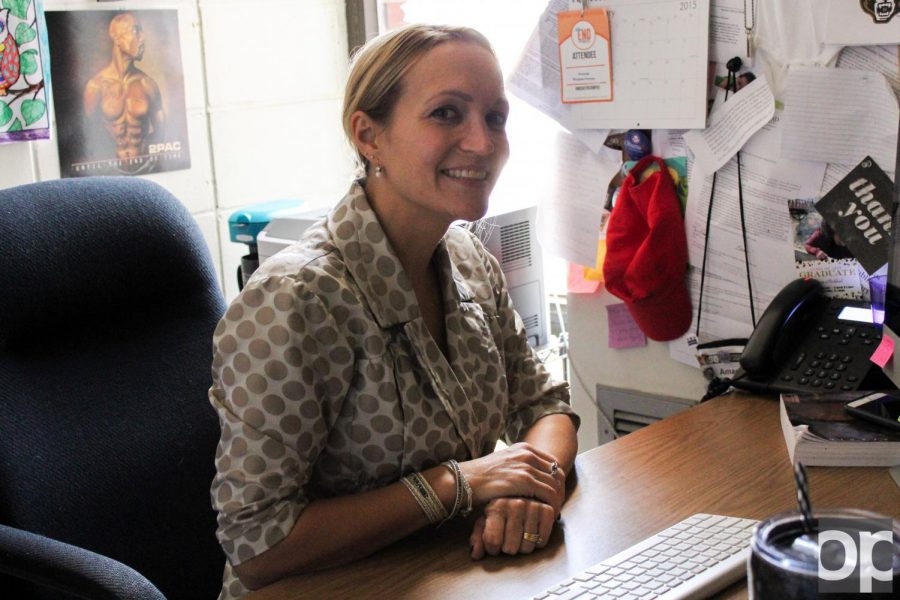 The American Society of Criminology Division on Women and Crime hosted their “Translating Research to Policy: Improving Justice for Women and Girls” congressional briefing event on Thursday, Oct. 11. The event was held in Washington, D.C. from 9 a.m. to 12:30 p.m.

Oakland University professor Amanda Burgess-Proctor took part in the briefing by mediating the question and answer portions of the day.

Burgess-Proctor is a criminology professor at Oakland and teaches a range of criminology and sociology courses, including women, crime and justice; criminology theory; criminal careers and career criminals; and introduction to criminal justice.

“Improving Justice for Women and Girls” focused on research and evidence that would lead to changes in legislation to further protect women against gender-based violence, cases of sexual assault and more.

The current political climate and movements like #MeToo and #TimesUp have drawn attention to the daily injustices that women are subjected to.

“It helped that the #MeToo and #TimesUp movements provided a timely platform for highlighting gender-related research,” Burgess-Proctor said. “But the need to focus on ensuring justice for women and girls has always existed.”

Burgess-Proctor is the former chair of the Division on Women and Crime and had a hand in planning this year’s briefing. The new chair, Sheetal Ranjan, spoke about the importance of this event.

Ranjan is a professor at William Paterson University and works with their Campus Violence Prevention Program. She teaches courses based on criminal justice, domestic violence and sociology.

Each speaker ended their remarks with a question and answer portion mediated by Burgess-Proctor.

This event was the first of its kind for the American Society of Criminology. Topics included the number of untested rape kits in the United States, cyber abuse, asylums for fleeing immigrant women and support for formerly incarcerated women.

The speakers discussed ways to turn the data and research they’ve found into firm legislation and protection for women.

Burgess-Proctor encouraged young women to educate themselves on the prominent issues that will impact them for years to come.

“Ensuring that your voice is heard doesn’t require a trip to Capitol Hill, thankfully,” she said. “I think all of us — not just women and girls — have a responsibility to promote and support the development of data-driven, evidence-based crime and justice policies.”

A general summary of the briefing, full list of speakers and the topics discussed can be found on the Center for Evidence Based Crime Policy website.