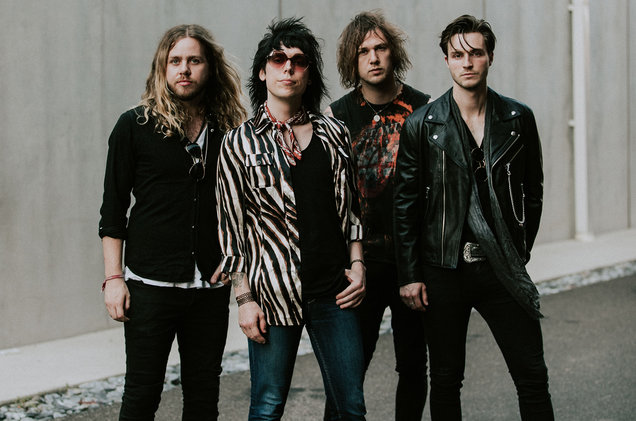 The British band is made up of Luke Spiller on vocals, Adam Slack on guitar, Jed Elliot on bass, and Gethin Davies on drums. They have been compared to Queen, and have said they take inspiration from them.

The first song on the album, “Body Talks,” was previously released as a single. The band collaborated with Kesha to make a remix of the catchy, fast paced song. Both versions are featured on the album.

Another standout song is “Tatler Magazine.” A lighthearted commentary on fame, it features clever lyrics like, “Someday I’ll be there / Country weekends, Nobel fairs / I may not have that family tree / But I’ll be damned if I do not succeed / ‘Cause one day everyone will know I’m the star of my own show / Living life in luxury inside a Tatler magazine.”

An interesting aspect of the album is how it features two songs “Fire (Part 1)” and “Ashes (Part 2)” that tell the story of a relationship and its demise.

“Fire (Part 1)” is much more upbeat and sweet sounding, and conveys the feeling of infatuation in the relationship as it states, “We’re on fire, burning desire / Running through the wire, wire / Young and dangerous, nothing can change us / Can’t hold back the fire, fire / Running wild.”

The song “Ashes (Part 2)” has a much heavier feeling. “Ashes (Part 2)” references the first song, tying them together, with lyrics like “We burned liked fire, now everything’s turned to ashes.”

The decision to have the album begin with the original version of “Body Talks” then end with the version featuring Kesha is interesting. It makes the album feel like it has come full circle, and maintains the high energy feeling of the album.

The Struts’ signature, classic rock feel is very present within the album. They pay homage to bands who have come before them quite well, while still keeping their sound and lyrics fresh. The band maintains a classic vibe to their music without ever feeling stale or repetitive. Their strong instrumentals shine through as well.

The album is exciting and conveys a promising future for The Struts, as this is an excellent second album.