No one was injured in East Vandenberg Hall fire 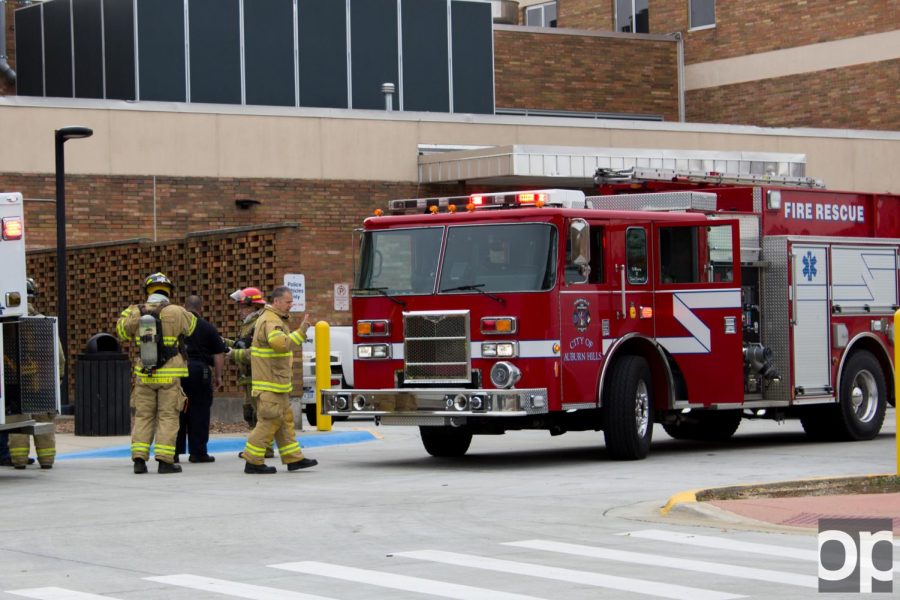 Firemen suit up to investigate the smoke in Vandenberg Hall.

A fire in East Vandenberg Hall was accidentally ignited by a maintenance worker around 11:40 a.m. on Friday, Oct. 26.

“He was using a grinder on a pipe, and apparently the friction from the grinding saw on the pipe created [a] spark and caught some cardboard on fire,” Oakland University Chief of Police Mark Gordon said.

Assistant Dean of Students Jessie Hurse reported there were no injuries, and ambulances left the scene before the fire department was finished.

“Before the fire alarm system was activated, it got sucked into the ventilation system, so it kind of spread into the second floor as far as the fumes go,” Gordon said.

Two Auburn Hills fire vehicles and an ambulance were dispatched to Meadow Brook Road, forcing traffic to reroute, as hundreds of students lined the sidewalk, but the fire was put out before they arrived.

The building was then ventilated with fans, and the smoke was cleared before the evacuated students, staff and faculty were allowed back in.