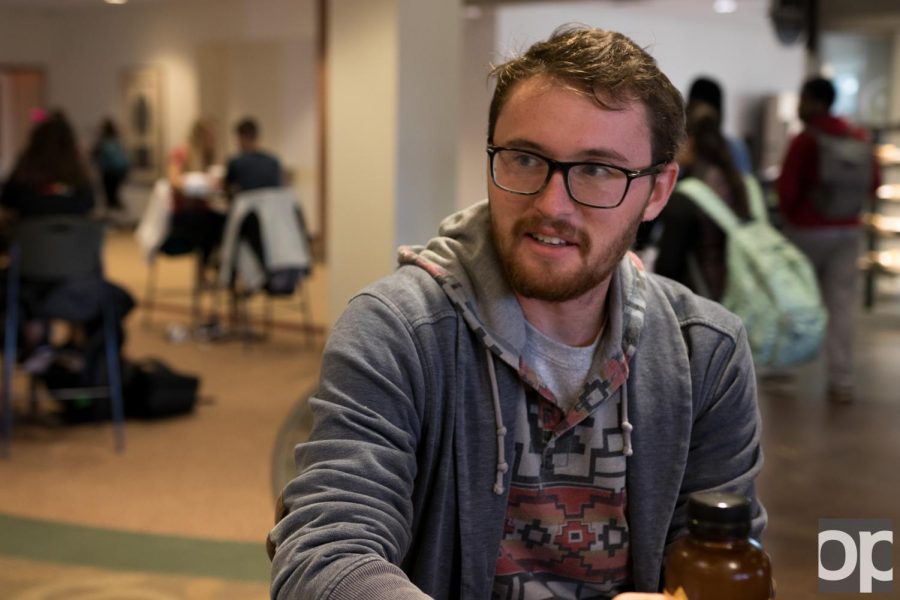 Oakland University student Simon Albaugh recently took his interests global by setting up a journalism internship in Palestine. He contacted a family to live with and applied at the Palestine News Network.

Albaugh spent his time abroad as a copywriter for the news network and stated the internship challenged him in ways he hadn’t experienced before.

“Copywriting can be incredibly boring,” Albaugh said. “I was desperate to get out of the office, so I was constantly on the hunt for stories.”

His day-to-day life in Palestine was unpredictable. Despite the research he had done beforehand, Albaugh still had to adapt to life abroad, and he loved every minute of it.

“I almost dropped out of school to move there,” Albaugh said. “I know kids over there from America that just say ‘I’ll leave when they deport me.’”

His adventures in Palestine ranged from having tea with the woman he rented his apartment from to visiting a refugee camp and being stopped at an Israeli checkpoint.

“I was stopped with a Palestine keychain and a bottle of olive oil I’d received as a gift,” Albaugh said. “Everyone at these checkpoints has a machine gun. That’s not something I’ve experienced before.”

The divide between Palestine and Israel was evident. Albaugh remembered “the undertone of rivalry that followed [him] around.” The conflict has existed since 1948, stemming from events in World War II. Though religious complications play a role, the conflict is essentially over land, as both areas are seeking control of the city of Gaza.

Comments made by President Donald Trump in December 2017 caused riots that had lasting effects according to Albaugh.

“I visited a refugee camp, and there are children there that still have bruises from the riots,” he said.

Albaugh’s internship was different than the study abroad trips that flood your Instagram feed. It wasn’t about glamorous day trips to Paris or snacking on pizza in Italy. His intentions were purely to learn, absorb and report.

“I wouldn’t call it a fun trip, it wasn’t about fun,” Albaugh said. “I would say it was a beautiful trip. I’m still experiencing its impacts.”

Albaugh is entering his senior year as a journalism major at Oakland University. As a former staff member of The Oakland Post, he always had his eyes set on reporting issues that matter.

“I want to be a war correspondent,” he said. “I wanted to go somewhere with a sense of unrest. Places like Syria weren’t as attainable, but I wanted to be in the middle of something.”

Socially, the trip was better than Simon had expected. He made friends, despite communicating primarily through Google Translate. He bonded with the woman who owned his apartment over classical music from all over the world.

“I tend to be awkward in America,” he said. “I went to a party last night, and I just didn’t relate to the topics being discussed. In Palestine, somehow my awkwardness worked to my advantage.”