SATIRE: Oakland reveals how it plans to make changes to campus 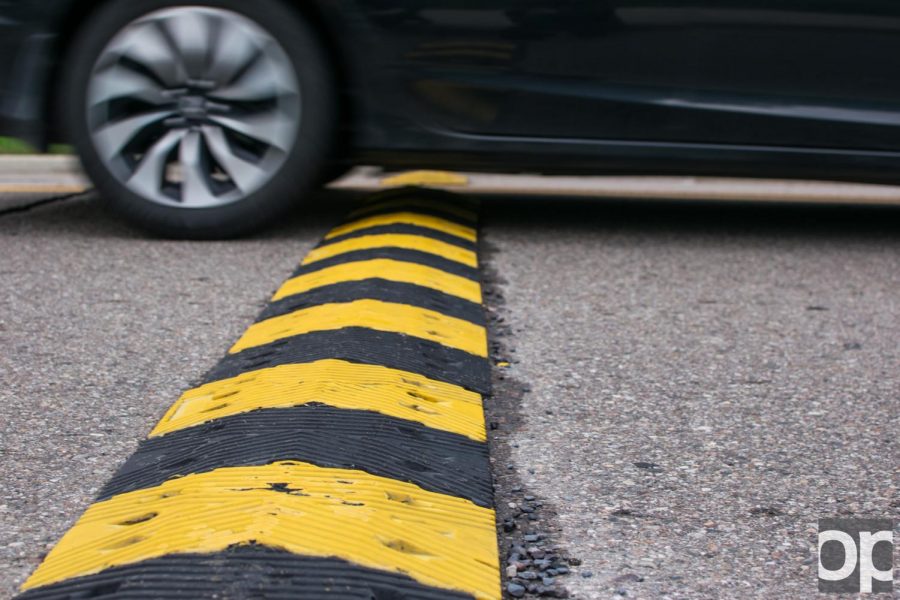 Changes to campus roads and structures seem to appear at random locations...

Oakland University has made some questionable changes on campus recently, but none have been more head scratching then the recent change announced for P1.

Starting next week, construction will begin on turning the two southernmost rows of P1 into a twenty-foot-deep pit. After construction is complete, the pit will be semi-filled with water, and will become the home to no more than five alligators come next spring.

This decision has left many students not only confused, but also angry. OUPD Officer Jonathan Smith was able to shed some light on the reasoning behind the recent announcement, which will hopefully placate some of the befuddled masses.

“We have a system here where once every couple of weeks, an officer puts on a blindfold and throws a dart at a map of campus,” Officer John Dough said. “Wherever that lands, we have to change something in the area. We honestly only do it when things get slow around here.”

After someone throws a dart on the map, that officer then gets to pull a piece of paper out of a hat that lists what change needs to happen out of the area.

“It’s been crazy for the last two throws, because the dart landed in pretty much the exact same area,” Dough said. “But the changes ended up being somewhat similar. The first throw we had to get rid of stop signs at a curve on Pioneer Drive, and then the second throw we had to add speed bumps in basically the same area.”

However, the alligators are a different story.

“Honestly, I added alligators dang near seven years ago as an April Fools gag,” Officer Jane Razzle said. “I never thought that it would actually get pulled, it’s hilarious.”

Other past changes that these darts have decided include adding gates to P2, adding meters to parking spots in P5 and the recent remodeling of the Oakland Center.

“One time earlier this year, we had an end of semester get together where things may have got a little bit crazy,” Razzle said. “That’s how the new Honors College community got added to campus, we kinda missed the map with the dart a little bit.”

Smith also revealed that every major change to the university for the last 20 years has been decided through the dart throwing system.

“Now that I think about it, it makes sense,” said Martha Slay, an employee at the Student Financial Services office on campus. “I used to think that these changes were to keep students safe, but we do something similar at Financial Services when we decide which students we want to mess with for the week.”

Upon further investigation, The Oakland Post has managed to unearth a few of the papers that officers would pull to make changes around campus. The new additions included where a new speed bump would be placed, where a new abstract statue would wind up and the construction of a new building on campus. The latter had so many holes, it was difficult to read.