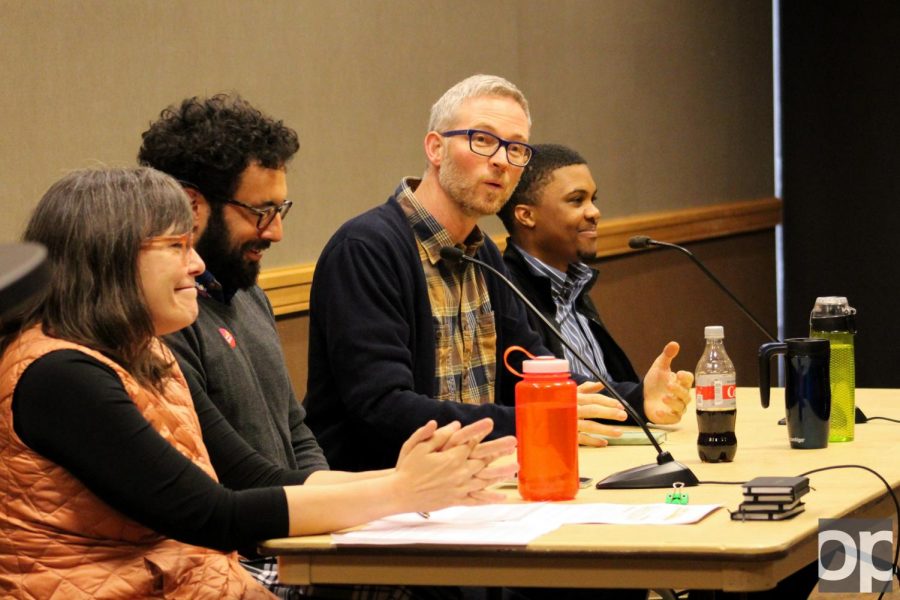 A panel of advisers and professors from Oakland University’s Creative Writing department met with students to discuss strategies for success.

“The most important thing I would tell writing students is that you need to read and write every day,” Laidler said. “It’s something I struggled with as an undergrad, but it will help you immensely. Not everything you write will be good, but it will always teach you something.”

The event focused on ways to succeed as a creative writing major or minor. Internships were a primary focus of both the panelists and the students in attendance. One student asked the age-old question, “Do I have to do an internship?”

“Internships are like small jobs,” McCarty said. “I’ll never discourage a student from interning because it gives you the hands-on experience that you simply cannot get in a classroom.”

The Creative Writing program does not require an internship credit to graduate, but it is heavily encouraged. Creative Writing students from OU have interned for businesses like Hour Detroit, Quicken Loans, The Art Experience, The Museum of Contemporary Art in Detroit and CBS Television Detroit.

Further information about internships can be found on the Creative Writing program’s website.

In addition to internships, the panelists encourage students to attend as many workshops as possible. These consist of sharing writing with other creative individuals and providing each other with feedback.

Shaerf encouraged students attending writing workshops to write down every critique no matter how small.

“Even if it’s someone whose opinion you don’t value or agree with, make a note,” he said. “I like to put question marks at the end of each note, that way it’s more of a suggestion than a demand.”

OU has several clubs for students interested in writing. Shaerf is the adviser of the OU Screenwriters Guild and Jeff Chapman advises the Creative Writing Club.

“Unfortunately, the Screenwriters Guild and Creative Writing Club have been dormant this year,” Chapman said. “I encourage all students to join clubs they’re passionate about. If you have an interest in joining, then definitely show up.”

The Oakland Arts Review also provides students with a unique creative experience. The OAR is a collective magazine of stories, scripts, poems and comics produced by students from all over the country. Though the OAR is not open to OU students for submission, they may apply to join the staff by contacting Alison Powell at [email protected]. Undergraduates from other universities can submit content on the OAR website.

“Involvement is key for succeeding at any major,” McCarty said. “Get an early start if you can. Write as much as possible and stay in communication with your professors and advisers.”