Noah Cyrus has herself a “Good Cry” on debut EP 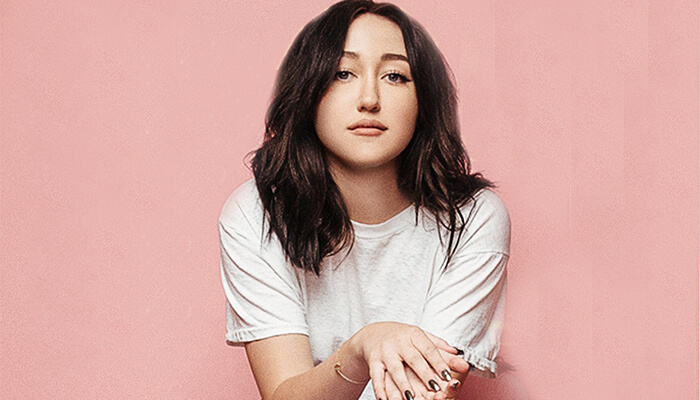 Noah Cyrus released the first EP of her music career on Sept. 21. “Good Cry” features six tracks, including her newest single “Mad at You.”

“Mad at You” generated a lot of buzz after Cyrus’ extremely public breakup with up-and-coming SoundCloud rapper Lil Xan. The pair split in mid-September following allegations of cheating on both sides. Lil Xan took to his Instagram story to accuse Cyrus of using him for fame and cancel their upcoming music video release.

The single is a ballad that showcases how vocally strong Cyrus really is. While her previous releases are tainted with heavy autotune, “Mad at You” is as pure as it gets.

“Good Cry” is packed with ballads, straying away from her 2017 releases like “I’m Stuck” and “Stay Together.” Veering away from poppy dance tracks, Cyrus shows her fans her true emotions.

The EP as a whole is boring. The tracks are melancholy and lack the catchy lyrics I was expecting. The title track, “Good Cry,” was particularly forgettable. It’s clear that Cyrus was aiming to produce a more serious and mature EP, but she missed the mark.

Sad songs are trending in the music industry this year and Cyrus did her best at tapping into that demographic. Khalid and Billie Eilish produce songs with sad lyrics and melodic piano tracks and manage to maintain their popularity. But the difference is in the catchiness of the songs—unlike Khalid or Eilish, Cyrus’ EP lacks strong hooks.

As the younger sister of Miley Cyrus, Noah has big shoes to fill. Miley’s discography includes three number-one albums and her net worth is over $160 million. Her first four albums ranged from children’s pop songs to wild party tracks. Though Noah told “Billboard” in 2016 that the comparisons to Miley “don’t bother [her],” “Good Cry” shows just how sharply the two sisters contrast stylistically.

“Punches” and “Sadness” show promise in Noah’s ability. She co-writes her songs and the lyrics, while depressing, are beautiful. Each song touches on sadness in a slightly different way, despite all sounding similar.

The EP ends with “Topanga (Voice Memo)” and it’s easily the most interesting track. The acoustic ballad was recorded on the Apple Voice Memo app and has a subtle country feel to it.

This EP might be a delightful listen for someone interested in dissecting lyrics. Plenty of fans have taken to Twitter to speculate which tracks are about Lil Xan and what drama will follow the EP’s release.

Noah claims the entire relationship, breakup included, was real. Lil Xan has told media outlets that they were only together for publicity. The couple released a duet right before their breakup titled “Live or Die” where they profess their “undying” devotion for each other.

But regardless of what it means for her personal life, “Good Cry” is only the beginning for Noah Cyrus. She has been collaborating with artists like MØ and Marshmallow and has already announced work on an album entitled “NC-17” that was meant to be released in January 2018. The album still hasn’t dropped, but fans still have much to look forward to, as Cyrus maintains that it’s still on its way.