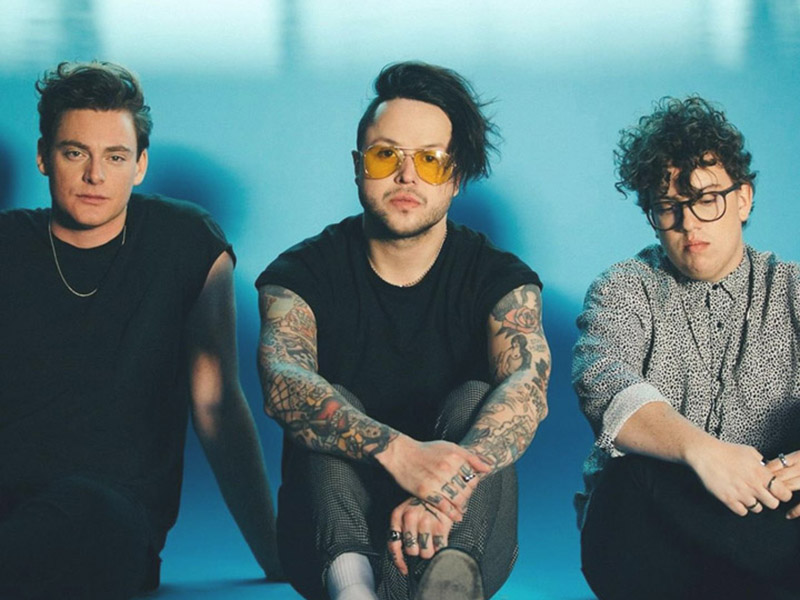 This indie pop group tackles the topic of relationships in their new album.

They formed the band over Chinese takeout in 2016 and are currently headlining a North American tour. Their most popular single, “Broken,” has over three million streams on Spotify. With a Billboard hit already under their belt, they produced “Finding It Hard to Smile,” a 16-track studio album.

On the surface, the beats are up-tempo and light, and the lyrics are irresistibly catchy. But those same lyrics that get stuck in your head after a single listen are riddled with discussions of mental health and heartbreak.

Specifically, “Pity Party” paints a picture of self-pity and wallowing, but does so in a way that you wouldn’t recognize it as a typical “sad song.” Lyrics like “Feeling sorry is my favorite hobby” paint an image of emptiness as opposed to sadness. “Pity Party” is the first full-length song on the album and sets the tone for those that follow.

The album paints a vivid picture of the trials and tribulations of millennial relationships. “Stupid Mistakes” talks about re-opening the door for an old flame, and “Maybe I’m Afraid” showcases the self-sabotaging behaviors that are all too common in relationships.

“Make You Feel Pretty” is the album’s standout track. It’s got the highest level of energy, paired with complex and relatable lyrics. The track talks about trying to make a toxic relationship work no matter how draining it feels. It hits close to home in an age of superficial dating norms.

While interludes can sometimes feel forced or useless, “Filling a Void” acts as more than a filler. It’s melancholy, but in the best way possible. At one minute and 10 seconds, it’s just long enough to get you in your feelings.

In an age where emotional honesty is becoming more and more acceptable in the music industry, lovelytheband is not alone. Artists like Halsey and Billie Eilish are making a fortune by producing dance songs with heartbreaking lyrics.

lovelytheband is gaining popularity daily, but their road to the top is filled with competitors. Their sound is vaguely similar to the band LANY, another up and coming indie pop group. They both feature calming melodies, catchy lyrics and dreamy piano tracks. While each band has their pros and cons, it’s possible that one may be lost in the shuffle.

The North American leg of their “broken like me” tour began in August and will stretch to October before the band heads to Europe. They primarily play smaller venues with standing room only tickets, but their shows are already receiving rave reviews.

The album itself flows together perfectly. The songs all share a similar theme and energy but are all different enough to keep the listener guessing. Listening to this album for the first time was an adventure, but a calming one.