A quick guide to the biggest areas impacted by construction 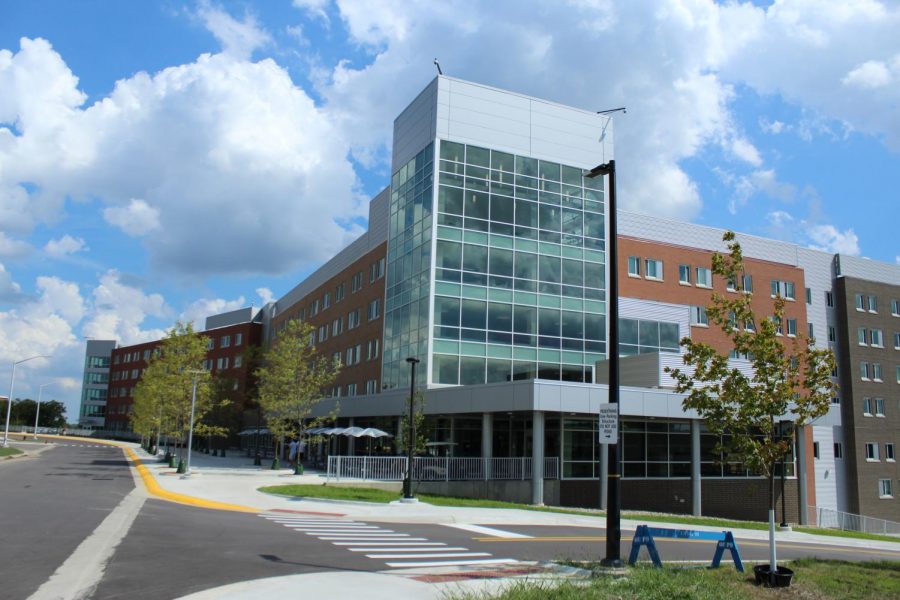 The beginning of the school year is often considered the start of something new for a lot of people; it can be a new car, a new attitude, a new work ethic or a new you. For Oakland University, the beginning of the new school year means a newer, fresher campus. It was announced back in November 2017 that the Oakland Center would be undergoing some major renovations and Hillcrest Hall would be the new residence hall located on the southern end of campus. However, while some construction is completed, there is still a lot of it going on.

The new $78 million residence hall is “beautiful,” according to junior Zakia Ali-James. Hillcrest holds up to 750 students with each student getting their own room with a suite.

“The rooms are small but I appreciate the fact that I have privacy,” Ali-James said.

The dining hall is on par with the dining halls at Central Michigan University or Michigan State University. It also features an indoor gym that students can access, and half of the residence hall is open to the public.

Just outside the Oakland Center, P2 will be displaying a few changes. The newly paved parking lot is now split into two sections. The portion closest to the entrance of the OC is specifically for Admissions workers and visitors to Oakland’s campus. The side near Wilson Hall will now have a lifting guard rail. These spots will be available by card access specifically for staff working in Wilson Hall.

The biggest change coming to the basement of the OC is The Habitat. The new stage will feature a theatre sized TV screen, surround sound and is intended to be the new open main stage for all student events. Once the Oakland Center renovations open in October, the new stage will be the home of all Student Video Productions movie nights on Thursdays, and WXOU’s new monthly main stage music concerts. Some other renovations inside the OC include new offices, the Plum Market and more conference rooms.

Construction on Walton Boulevard began back in March 2018. The street is located on the north side of campus by Oak View Hall. Most of the entrances to campus have been blocked off. The best way to avoid this traffic when coming to campus is to go through the entrance off of Adams or the two entrances located on Squirrel Road.