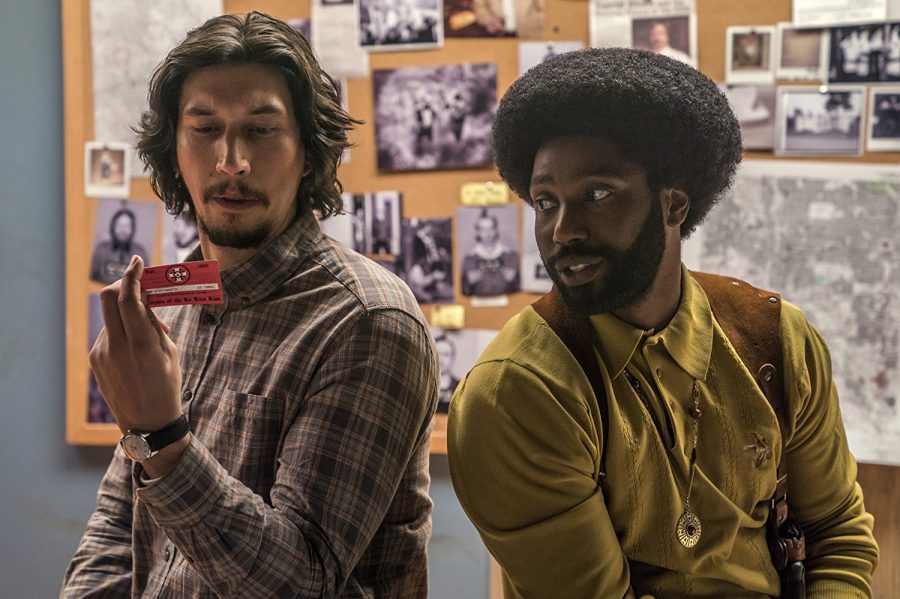 Legendary director Spike Lee has never shied away from using his films as platforms to address topics many of his contemporaries wouldn’t dare touch: race relations, police brutality, the struggles of urban life—you get the picture. Lee is as outspoken as he is innovative, and that combination often makes for a dangerously superb final product. His latest offering, “BlacKkKlansman,” is no exception. Released nearly one year after the “Unite the Right” rally in Charlottesville, Virginia, the film offers a brutally honest depiction of racism in the United States, in what is easily one of the best films released this year.

“BlacKkKlansman” takes place in the late 1970s and tells the true story of Ron Stallworth (John David Washington), who has just become the first black detective for the Colorado Springs Police Department.

Determined to prove himself, he finds a recruitment advertisement for the Colorado Springs chapter of the Ku Klux Klan in the newspaper and, pretending to be a white man, calls their president, Walter Breachway (Ryan Eggold). Stallworth enlists his Jewish coworker, Flip Zimmerman (Adam Driver), to take on the role for in-person meetings with the Klan.

As they continue to delve deeper into their infiltration of the KKK, both men struggle to overcome the challenges of their own identities. Stallworth’s girlfriend, Patrice (Laura Harrier), is the president of the Black Student Union and has an uncompromising resentment of cops—though she doesn’t realize Stallworth is one of these so-called “pigs.” Zimmerman, meanwhile, must hide his Jewish heritage from Felix (Jasper Pääkkönen), a vindictive Klansman who is both suspicious of Zimmerman’s true identity and envious of the attention he receives from KKK Grand Wizard David Duke (Topher Grace).

The film, based on the real-life Stallworth’s 2014 memoir of the same name, does a marvelous job modernizing a nearly 40-year-old story. Lee’s incomparable direction and bitingly authentic screenplay have produced what is perhaps the most provocative cinematic statement on race in America since Jordan Peele’s “Get Out”—surely due, in part, to Peele’s contributions to the production team.

But what really makes “BlacKkKlansman” so timely is its ability to tap into its edgy side with its not-so-subtle digs at the Trump administration and its promise to “make America great again.” The film’s powerful finale even features footage of the aforementioned Charlottesville rally, interspersed with clips of Trump blaming “both sides” for the violence, which killed three people and injured nearly 40 others.

One of the film’s most defining qualities is its spectacular cast, fronted by the remarkable talents of Washington and Driver. In one of Washington’s first major roles, he very quickly grows beyond the legacy of his famous father Denzel in a role that was seemingly tailored to him. His dry humor and unmistakable wit transcend the screenplay in a way that both respects and enhances the story Lee aims to tell.

Likewise, Driver is exceptional in this film, though with a track record like his, I expected nothing less. What makes him so great is how naturally he fits every role he plays, bringing with him a stunning emotional depth. As a longtime fan of Driver’s, I consider this to be among his best performances yet.

I’ve seen a lot of movies this year, but “BlacKkKlansman” was arguably the best. It’s bold, compelling, unapologetic and one of the year’s first real contenders for Best Picture. Its political undertones carry an irony throughout the narrative that makes it both humorous and hard-hitting.

It’s the film that we, as a country, have needed—perhaps now more than ever before.

If you only see one film this year, this should be it.