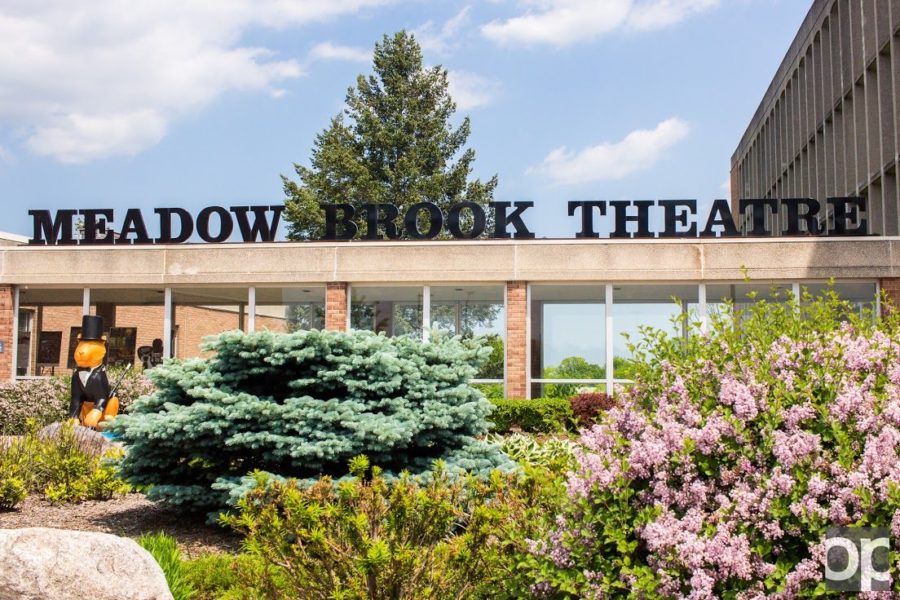 The grant will allow the team to improve the theatre’s behind-the-scenes operations, and to “yield long term benefits to the theatre.

Young professionals working at the Meadow Brook Theatre have a chance to improve the theatre’s administrative side, thanks to a grant from the Michigan Council for Arts and Cultural Affairs (MCACA).

Four of the theatre’s employees — Casey Hibbert, webmaster and box office associate, LeeAnn Kostur, group sales and administrative assistant, Katy Olsen, development director, and Paige Vanzo, marketing and communications coordinator — and an intern, who is yet to be announced, will be part of a team that uses the grant.

The grant will allow the team to improve the theatre’s behind-the-scenes operations, and to “yield long term benefits to the theatre, like streamlining (the theatre’s) website, creating a comprehensive marketing strategy for the theatre’s 50th Anniversary and developing resources to assist with fundraising,” according to a press release from the theatre.

“There’s so many things that go with theatre and the arts,” Vanzo said, noting the complex administrative functions of the theatre. The project was originally Vanzo’s idea.

The goal of this project is to allow interaction among these functions. For example, a press release might be made available online, and information about donations and ticket sales will be consolidated.

“One piece of information can be used across the board,” Vanzo said.

The New Leaders Arts Council of Michigan (NLACM), a subcommittee of MCACA, awarded the grant because the theatre’s workers are resourceful and open to new ideas, Olsen said.

The intern will lead a portion of the project and learn from other young professionals.

Vanzo said interning with a theatre’s administrative half is eye-opening because people do not realize the complexities of the off-stage work.

Three out of the four theatre employees working with the grant have a creative theatre background, Olsen said.

“It fosters a passion for the arts,” Vanzo said.

Because of this passion, the employees want the theatre and grant to succeed, she said.

It also matches MCACA’s mission statement: “To encourage, initiate and facilitate an enriched artistic, cultural and creative environment in Michigan,” according to its website.

The team will officially begin working in mid-June but has done prep-work since applying for the grant.

“The summer is an ideal time,” Olsen said, due to it being outside of the theatre’s performance season.