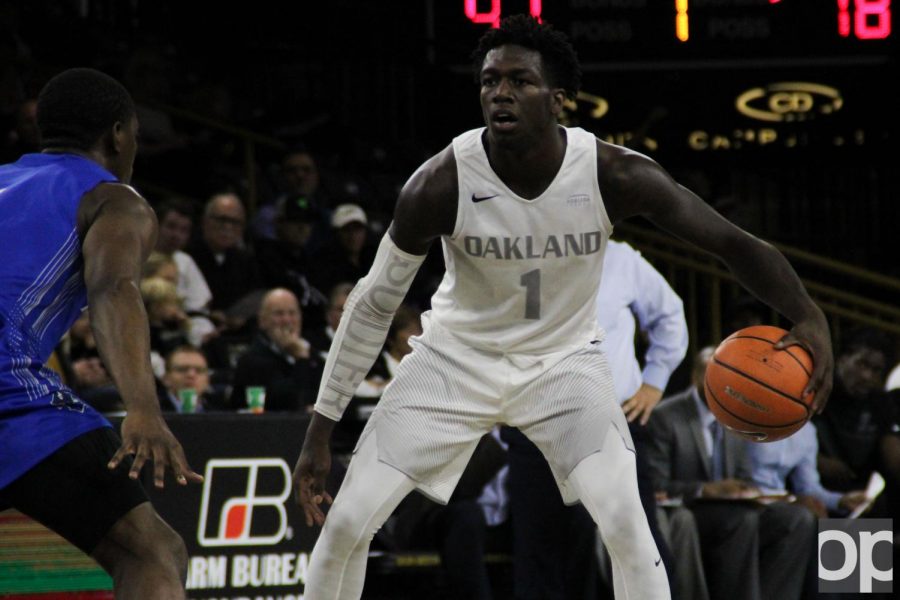 Over the span of five hours, 60 of the NBA’s best prospects’ names were called on June 21, as the National Basketball Association (NBA) Draft took place in Brooklyn, N.Y. Kendrick Nunn was not one of the names to be announced by either NBA commissioner Adam Silver or NBA deputy commissioner Mark Tatum. The second leading scorer in the nation went undrafted, as Kostas Antetokounmpo was the final pick, going to the Philadelphia 76ers.

However, minutes after the draft concluded, ESPN’s Ian Begley tweeted, “Undrafted free agent Kendrick Nunn has agreed to a partially guaranteed deal with the Golden State Warriors, per ESPN sources. Nunn was the NCAA’s second-leading scorer last season at Oakland.”

Nunn also tweeted, “Oakland to Oakland” minutes after the Begley tweet was sent out, referencing the location of the Golden State Warriors, Oakland, Calif. Nunn joins Kay Felder and Keith Benson as the only three former Golden Grizzlies to be in the NBA on any type of contract.

What a partial contract means for Nunn is that he will be guaranteed some money, but not exactly a spot on the roster. He will get the chance to fight it out in training camp, but on a small (by NBA standards) contract. Nunn may be offered a spot on the Warriors G League team, the Santa Cruz Warriors, where he would still be paid. Eventually Nunn could work his way up to the NBA from the G League. Players like Toronto’s Fred VanVleet did just that.

The Warriors are the repeat NBA champions, and have won three of the last four NBA titles. They have one of the best backcourts in the league, with two time MVP award winner Steph Curry, and multiple time all star Klay Thompson. With an elite backcourt like this, Nunn is looking at a bench role at best, but players like Ian Clark and Nick Young have proven that role is not the worst role to be in.

Nunn was the second leading scorer behind only the number five pick in the draft, Trae Young. Nunn also was the NCAA leader in 3-pointers made per game, and led the Horizon League in multiple categories, winning Horizon League Player of the Year. He was also a finalist for the Jerry West shooting guard of the year award, which was won by Purdue’s Carsen Edwards.