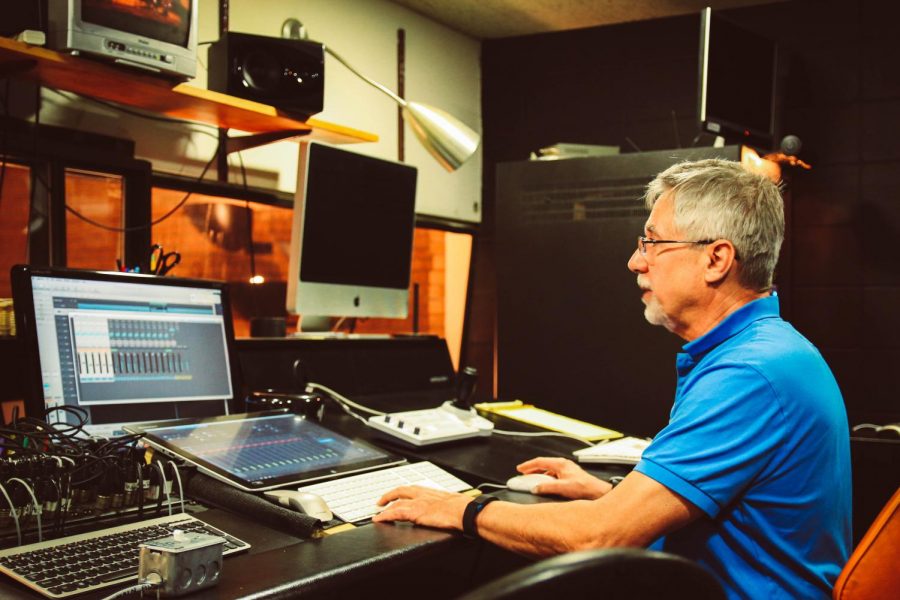 Of the 1,895,000 bachelor’s degrees earned in the United States during the 2014-15 school year, 96,000 were in visual and performing arts, according to the National Center for Education Statistics.

The Oakland University Board of Trustees approved a Bachelor of Music in Music Technology on April 24, 2018 which, although it still needs to go through the music governance body, will begin fall of 2018 with a full class.

“My initial thought process of the degree was that when I came to OU, I saw that we had very traditional degree programs in music,” said Jeffrey Heisler, co-author of the proposal and assistant professor of saxophone and conducting. “I saw what was missing was a technical degree since the field is growing and has a lot of interest and many schools around the country offer this.”

While University of Michigan, Western Michigan University and Wayne State University already have this degree option, OU’s will differ by focusing more on music to become a technical degree for performers or composers. The programs at Oakland’s sister institutions lack advanced theory, advanced history and keyboarding classes, reported Heisler.

According to Terry Herald, technical coordinator and lecturer for the School of Music, Theatre and Dance, students in this degree will take the same courses as any other music major for the first two years. This includes music history, music theory, world music components and the requirement to either sing or play an instrument.

Students will then begin the major study and become equipped with technical expertise.

The new courses will include Career Building for Musicians, which is an entrepreneur class for performance and music technology majors, Interactive Computer Music, Acoustics for Musicians, and Orchestration and Arranging which could be labeled as creating a virtual orchestra.

Students may also work with Herald in the Varner Recital Hall recording concerts to gain experience in the area.

The capstone, or senior project, will be a synthesis of all previous courses where students present or curate a recital of music they’ve created or composed, or create a large scale recording project.

A music industry internship will also be required in last semester, as OU has current partnerships with The Detroit Symphony Orchestra and The Detroit Institute of Arts.

“I think it’s important to give students who graduate the broadest possible options for a career in music,” Herald said. “There are needs for really good musicians in all the technical aspects of the business.”

“I think this gives us another niche of expertise to help recruit students and help give students a more varied and appropriate education for a 21st century in music,” Heisler said. “I think that the degree program would be vital for keeping with the interest of the incoming students as well.”