March For Our Lives D.C.: Students take a stand against gun violence 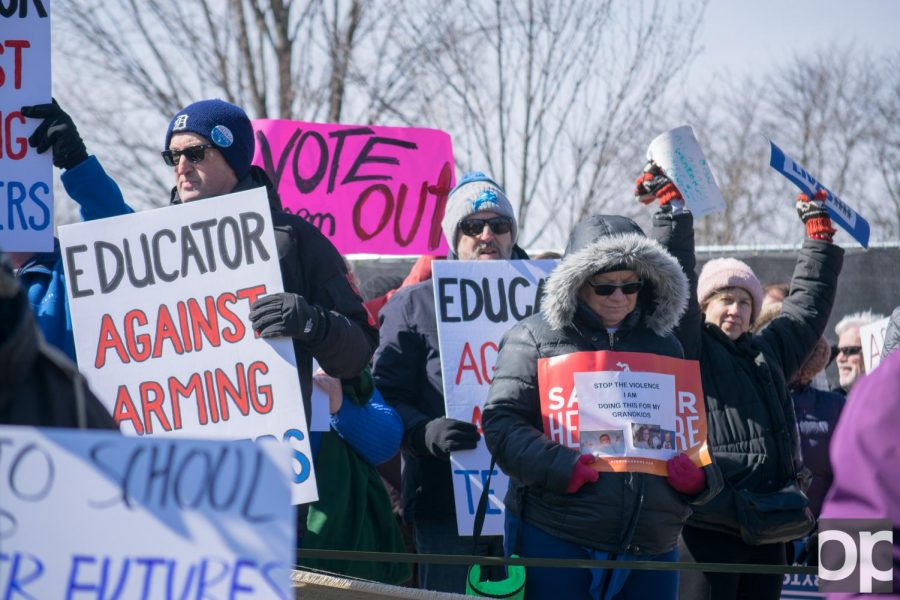 Marches sprung up all across the nation, including right here at OU.

On Saturday, March 24, students and activists rallied in Washington, D.C. for the March For Our Lives to protest against gun violence.

I was fortunate enough to have been offered to be flown out to D.C. to attend this historic event by David Chipman, who serves as a senior policy adviser at Giffords, the gun violence prevention organization led by former Congresswoman Gabby Giffords, who survived an assassination attempt in Tucson, Ariz.

Chipman and his team at Giffords organized everything from flights, hotel arrangements, meals and entertainment for the Marjory Stoneman Douglas High School (MSD) students that chose to come to D.C. for the march.

On the morning of the march, the Parkland students, Giffords team and I hopped onto busses from the hotel and headed to the drop off point.

Excitement and nerves ensued, as Demitri Hoth, a senior at MSD, sitting to my right on the bus stated, “I can’t believe we’re finally here. People are telling us, ‘thank you’ yet I feel like I want to thank them. They helped make this happen. It’s really surreal.”

“My grandfather had a dream that his four little children would not be judged by the color of their skin, but by the content of their character,” King said. “I have a dream that enough is enough. That this should be a gun-free world. Period.”

“Ricardo! Ricardo!” the crowd around me chanted in unison.

“I lost more than my brother that day,” Chavez said. “I lost my hero.”

Another young speaker at the march was Naomi Wadler, an 11-year-old who spoke eloquently on urging the nation to not forget black women, who are disproportionately represented among the victims of gun violence.

“I am here to acknowledge and represent the African American girls whose stories don’t make the front page of every national newspaper, whose stories don’t lead on the evening news,” Wadler said.  “I represent the African-American women who are victims of gun violence, who are simply statistics instead of vibrant, beautiful girls full of potential.”

Gonzalez, a senior at MSD, is one of the most recognizable faces leading the student movement on gun control. When she took the stage, tears could be seen on many in the crowd.

She named the victims of the MSD shooting in Parkland, Fla. and proceeded to stand in silence.  Finally, after a few minutes, the beeping of an electric timer rang out.

“Since the time that I came out here, it has been six minutes and 20 seconds, the shooter has ceased shooting and will soon abandon his rifle and blend in with the students so he can walk free for an hour before arrest,” Gonzalez said. “Fight for your lives before it is someone else’s job.”