The woman who bleeds black and gold

Jean Ann Miller the Pioneer and the Golden Grizzly 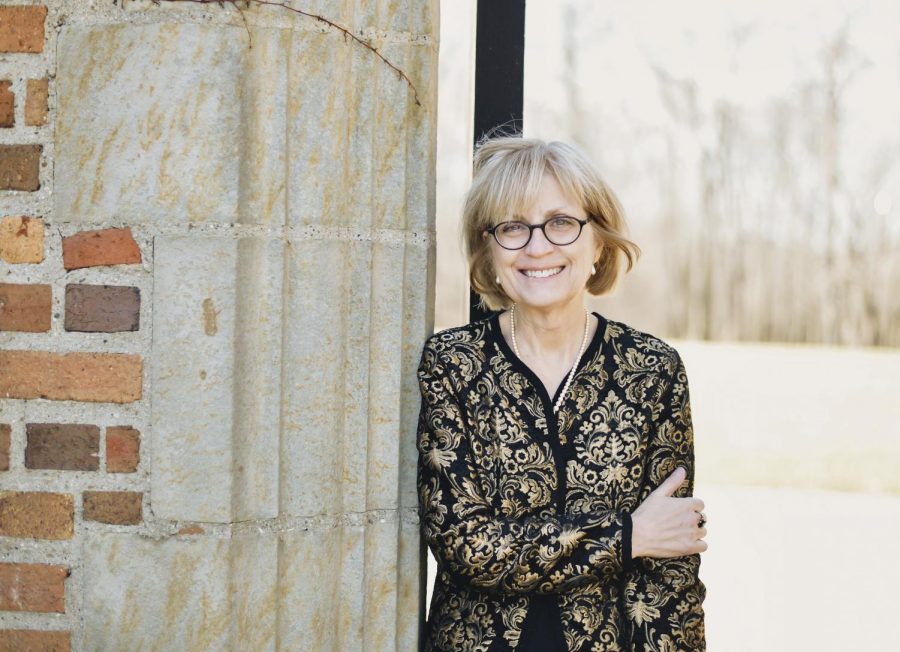 We’ve all seen the small blond woman trotting around campus all day and not leaving until the late hours of the night. In the words of CSA Graduate Assistant Hannah Clark, “she’s the woman who bleeds black and gold.”

Let’s step back. It’s December 1973 and Jean Ann Miller is ending her first semester as a college student. She’s pursuing a degree in mathematics at Oakland University, the home of the Pioneers, and has been commuting to campus for the last four months. She’s overwhelmed, hasn’t made many friends and dislikes that commuting doesn’t make it easy for her to get involved.

But that’s going to change.

Miller walked back onto campus in January 1974 and moved into Two North of Hamlin Hall. She was mostly sick of driving in the unpredictable Michigan weather every morning, but she was happy to make friends so quickly and feel like she had some ownership of her university. She got a job, changed her major to psychology, got involved in student government, became the Student Program Board chair and attended plenty of beer bashes.

“My friends had these parties at the old golf course clubhouse,” Miller said. “Students used to be able to rent that out for parties. I lived in Pryale Hall, and we were all really close knit. I was also here at the time when the drinking age was switching around and I was always our designated driver person.”

She remembers that even though campus wasn’t strict on alcohol like it is now, Oakland never had a reputation as a party school. Students had fun, but it never got too out of hand.

Like most people who go to college, Miller doesn’t remember her classes, rather she remembers the friends she made and things she experienced. Some of the friends she made in college are still her closest friends today. Her coworkers in the Center for Student Activities today say that she likes to talk about her time here and how far the school has come. One of her favorite events as a student, the Meadow Brook Ball, almost ceased to exist before she took it over as a Housing employee. She’s proud of the students today who did what her peers couldn’t.

“I have special affinity for the ball,” Miller said. “It’s our longest standing tradition, it’s that bucket list activity that everyone needs to go to at least once. The students who run it still continue to step up their game so it’s the best it can be every single year.”

With degree in hand, she left campus in 1977. Then she left for graduate school at the University of Michigan for a Master’s in social work. But she always knew she would end up back at Oakland.

“I was applying for a position with Oakland’s CIPO office, which became the Center for Student Activities at some point in time.” Miller said. “I didn’t get the job, but they looked at me for a position in Housing, and I did get that job.”

So she started working as a hall director. A few years later, she snagged the job of Assistant Director of Housing, under then-Housing Director Eleanor Reynolds. They had been friends after working in close proximity to each other in Detroit, so both were thrilled to be working together again.

“She loved doing activities, loved working with students and she always had such a positive attitude,” Reynolds said. “So when the opportunity came for me to hire an assistant director, there was just no question.”

They went on to lead all kinds of programs for Housing students. A favorite of both was the “mock weddings” that would take place just before finals. Several brides and several grooms would get fake-married in the Vandenberg Dining Hall until a fake catastrophe stopped the wedding. It was like a massive SNL skit so students could have a laugh before stress set in. The mock weddings were known for their craziness and outlandishness. Miller remembers one year when a fire broke out in the building and she had to evacuate students. The only problem was that nobody believed her because of the disaster mock weddings were known for.

One of her other favorite events was a Renaissance-themed dinner held in the small halls.

“We put on this medieval dinner in the lounge,” Miller said. “We had the floor covered in sheets, tarp and stuff like that because people would dress in medieval clothes and they were only allowed to eat with their hands. It would always end in a food fight, it was so much fun.”

She says that when she visits buildings like Pryale and Annibal Hall that have since become office buildings, she is hit with the memories of programs and parties past.

Miller eventually left Housing and stepped into her position as Director of the CSA. Since then, Oakland changed its mascot from Pioneer Pete to The Grizz and has erected numerous new facilities, but Miller’s love for her university persists.

“She’s just such a wealth of knowledge for students because she’s been here for so many years,” said Stephanie Jurva, the CSA’s assistant director of student organization programs. “She loves Oakland University and wants people to enjoy it as much as she did when she was a student. She just wants to give back because she got so much from her experience here.”

Throughout her tenure in the CSA, Miller has touched the lives of scores of students leaders. She’s at the point in her career now where she’s meeting the children of former students, and it makes her beyond happy to see parents send their kids to her. Being able to help students achieve is her #1 priority and she works hard to continue being someone who can meet this new generation where they’re at. She never wants to become the administrator who has forgotten what it’s like to be a college student.

“I have routine where I go to a few different sites and read up on pop culture news,” Miller said. “I try to be innovative and creative. There are things that I did here as a student that can’t exist now or that would be boring to students now. I’ve gotta be with it. I can’t rely on what I was into as a student.”

She wants to be a key player in Oakland’s formation of great memories and traditions. Looks like she’ll be on the scene for a while.

“Oakland didn’t have the reputation that it does now when I was a student,” she said. “I want to contribute to students enjoying Oakland and being proud to go here. We’re not in the shadows anymore.”