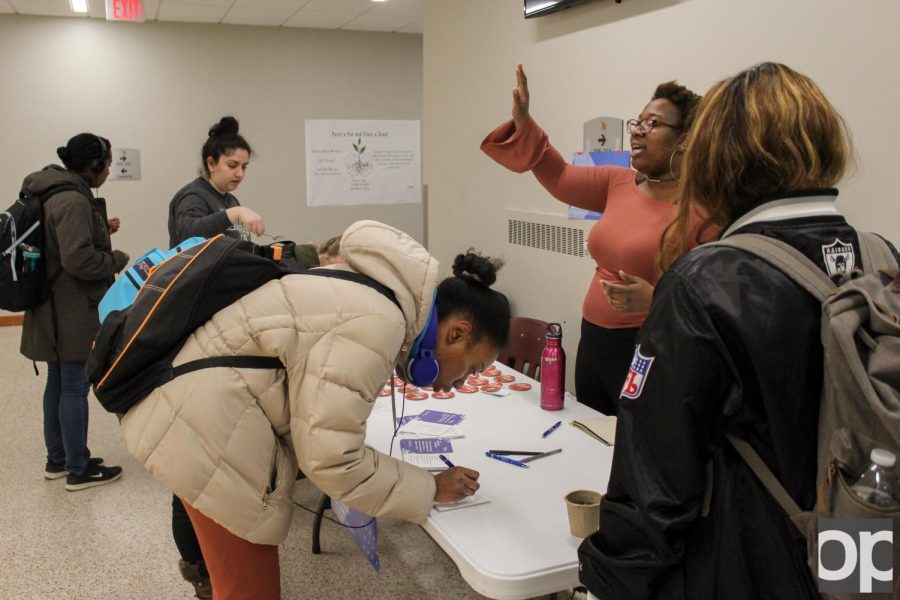 By obtaining a 57 percent voter engagement rate, Oakland University earned a bronze seal in the ALL IN Campus Democracy Challenge for the 2016 presidential election.

The presidential election between Secretary Hillary Clinton and President Donald Trump saw an increase in activism and showed the power that emotions can have in an election.

“The Center for Civic Engagement comes to OU at a time when students are demonstrating renewed student activism and political participation,” Professor Terri Towner said. “Students are participating in peaceful protests, rallies and walkouts, distributing petitions, creating groups and volunteering for local organizations.”

Since the time of the election, the nation seems to be becoming more polarized. There have been many peaceful protests and walkouts just in 2018 including the Women’s March in Lansing, the peaceful class walkout on March 14 and the March for Our Lives that will take place on March 24.

A way to get students more engaged in voting is to “engage them on issues that matter to them and hear candidates talk about issues that impact them,” according to Professor David Dulio.

“The Center [for Civic Engagement] will give students information on how to effectively participate in our democracy, become leaders in the community, connect and engage with other leaders, build organizations and social movements, turn their activism into lasting change and more,” Towner said. “I try to do this in my classroom — discussing how to vote, how to contact your representative etc. — but the Center pushes this even further by offering research opportunities, internships and hands-on learning.”

High school government classes sometimes do no cover all the bases.

The Center is a way for students to learn about local, state and federal issues. This is important because there are huge elections this year for Michigan. The governor of Michigan’s seat is up as well as multiple seats in congress. Doctor Abdul El-Sayed, one of the democratic nominees, recently came and spoke at Oakland.

“Students ought to have the tools. the resources and the skills that are necessary for them to be in an informed democratic system,” Dulio said. “It’s a choice, our job is to provide students with those tools if they want to use them.”

Voting, of course, is not required of everyone. Around 100,000 people from the area made a point by not casting a vote. There was also a five time increase in voting of third party candidates in the 2016 election as opposed to the 2012 election according to Dulio.

Casting a vote and engaging with voting is always optional; however, The Center for Civic Engagement helps educate young people on why voting can be helpful and what young people need to know about issues that might face them.