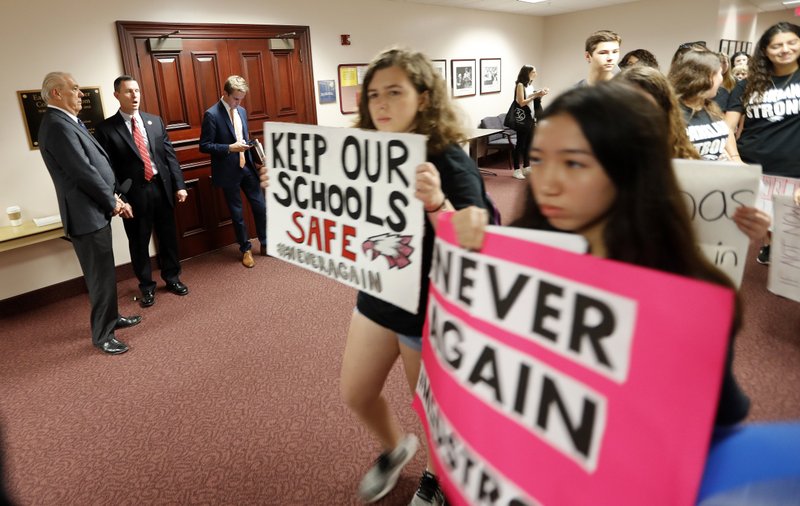 The events of weeks past have gotten us here at The Oakland Post thinking about guns and the role they play in our country. Especially with the events at Central Michigan University on Friday, March 2, we hope that we are so fortunate to never have to cover a similar event on our campus.

In our editorial ranks, we have a variety of mindsets. Some of us are Democrats, some are Republicans. Some of us are Christians and others don’t believe in any higher power. Though there are a lot of things we clash on, we are all close friends. There is also one political issue we stand together on: America needs stronger gun regulation.

The editors of The Post feel strongly that, as American citizens, we are entitled to our Second Amendment rights and should have the ability to protect ourselves if need be. However, we also feel that certain requirements need to be met to ensure that something as lethal as a gun does not fall into the wrong hands.

Mental health has long been one of the most ignored issues in the U.S. It has taken the deaths of many innocent students and faculty at the hands of unstable individuals in possession of guns for us to become more sensitive to this issue. Now that the issue has come to prominence, it is our duty to keep it in the spotlight long enough for progress to be made. Rather than criminalizing the mentally ill, it is important that we increase the qualifications to purchase a gun while also emphasizing the importance of mental health. We too are to blame for prolonging the necessary actions to raise mental health awareness in this country.

The potential for further regulation exists in many forms. We feel pushing the legal age to purchase firearms back to 21 and over would be a strong start in preventing adolescents from possessing the ability to carry out such heinous acts as the Parkland, Fla. high school shooting. We also find it critical to enact a 48-hour waiting period, which some states have held in the past but have since repealed. This would allow the proper amount of time for an in-depth background check, as well as provide a cooling off period in the case of a purchaser intending to commit a drastic act in the moment.

Some might be against stronger restrictions in the gun purchasing process. However, we feel that the average citizen is not in need of a semi-automatic weapon. If citizens are in want of such a weapon, abiding by a more rigorous background check should be an understandable precaution to keep the general population safe.

We at The Post aren’t the only ones that feel this way. Dick’s Sporting Goods, Kroger, Walmart, REI and L.L. Bean have stopped selling assault-style rifles and ammunition, as well as stopped selling guns and ammunition to anyone under the age of 21. Other major retailers such as Amazon and Bass Pro Shops are being implored to do the same in hopes of diminishing the threat of future mass shootings.

Wednesday, March 14 will see students all across the country stage a walk out at 10 a.m., and we would like to invite Oakland University students to join in exercising our First Amendment right to fight for a change. If student movements of the past are anything to learn from, change is possible if we all stand together and fight for a cause.