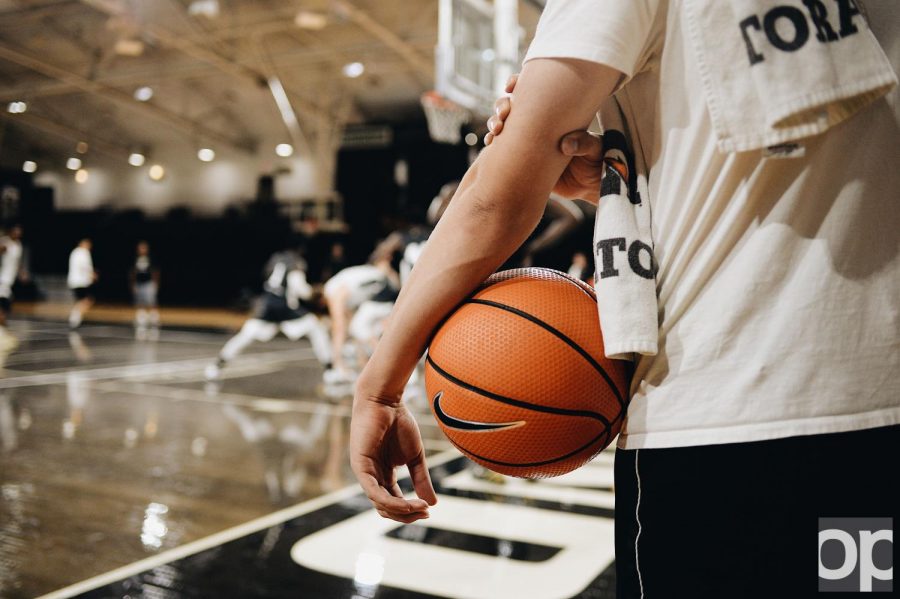 After a rough road trip, Oakland University’s Golden Grizzlies returned home on Thursday, Feb. 22 to take on the Green Bay Phoenix’s. Oakland came into this one losing two out of three games to Horizon League foes. Green Bay has been weak on the road all season long and coming into this matchup, the team was 0-13 on the road. Both teams are around the middle of the pack in the Horizon League with Oakland sitting at 9-7 and Green Bay at 5-11. With only two games left in the regular season for the Golden Grizzlies, every game counts.

It was a slow going start for both teams and there wasn’t much in ways of offense for either side. Fifth year seniors Kendrick Nunn, Jalen Hayes and Nick Daniels only have a of couple games left as Golden Grizzlies and they were giving it their all on the court. With a few minutes gone in the first half, Oakland led 18-12 and, according to Head Coach Greg Kampe, that is where things started to turn.

“It was 18-12 and Kendrick took a three that rattled out and then we don’t score for four minutes,” Kampe said.

There were two standouts by the half, one for Oakland and one for Green Bay. Green Bay guard Sandy Cohen III was having a fantastic game and finished off the first half with 12 points. For the Black and Gold, Nunn was having a great shooting performance yet again and had 17 points. By the time the half rolled around, Oakland held a slim 46-39 lead.

The second half proved to be nothing like the first and shots were falling at a rapid rate on both sides. Throughout the rest of the contest, Nunn and Cohen traded shot for shot and there was nothing either defense could do to stop them. With about three minutes to go in the game, Green Bay took control of the game and never looked back. The final score came out to be 96-90 in favor of Green Bay.

Despite the loss, Kampe knows that this style of basketball is just not possible with the state of his injury-ridden team.

Nunn set a career high with an amazing 39 points and didn’t leave the floor once.

“I can definitely play the same amount of minutes going into the tournament and throughout the end of the season,” Nunn said. “Timeouts and medias work for me, I just get my rest then and I’m feeling pretty good.”

Beside Nunn, Hayes and Daniels put up solid nights offensively as well, with Hayes dropping 22 and Daniels with 10. In terms of rebounding, Isaiah Brock led the team with 10 boards and Hayes followed him up with nine.

“It was a very disappointing loss, we led the whole way and had many chances to take control of the game,” Kampe said. “Down the stretch we had a couple very bad turnovers and we just didn’t value the ball.”