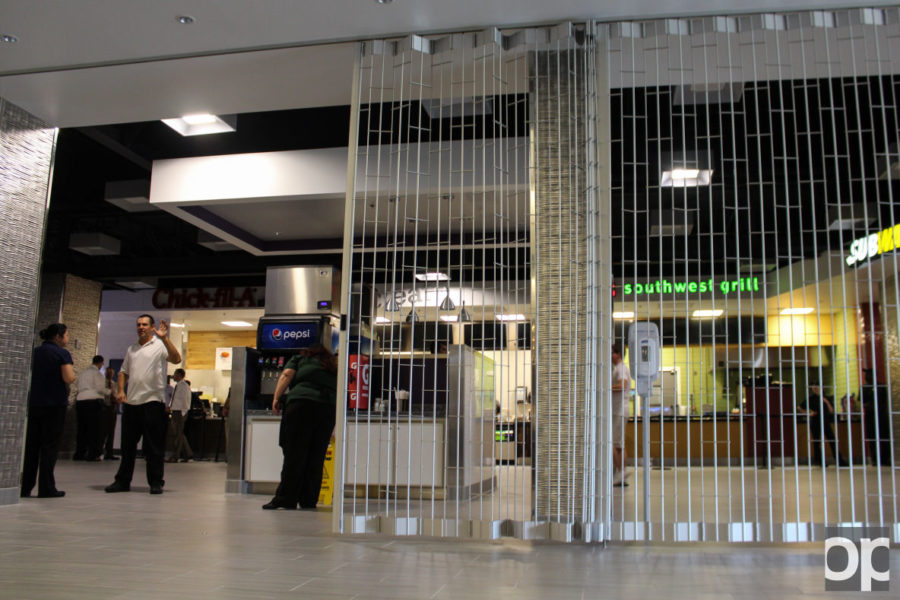 The grand opening of Moe's Southwest grill was scheduled for Wednesday, September 2nd at noon, but due to power outage in the Oakland Center, the opening was delayed.

Oakland Post photographer Nowshin Chowdhury raved about Moe’s queso dip, which she swore she consumed daily in Virginia this summer.  Unfortunately, Chowdhury and other Golden Grizzlies had to pause their queso consumption when at approximately 11:22 a.m., the lights and electronic signs in the food court went dark.

There were power outages throughout the campus, and at noon, Chartwells’ employees informed students that they “had to close the building to bring back the power.”

Gates were closed surrounding the food court and students moved from the seating area to different places in the Oakland Center. According to Chowdhury, around 2 p.m., the lights were back on.

The $3.5 million renovations for the food court, completed this summer, have been highly debated. Upon first impression of the court’s grand opening, before the power outage, Subway had a long line that took over almost half of the food court, while other stations had considerable lines.

Moe’s Southwest Grill had its eighth Michigan restaurant opening scheduled at noon, but the power outage postponed it. However, Daley Michael of FOCUS Brands Restaurant Group, Moe’s PR coordinator, said that the “crew will shout ‘Welcome to Moe’s to every customer throughout the day,” and suggested the “most popular burrito…called the homewrecker, and Moe’s famous queso.”

It appears that the new renovations have updated and improved the Oakland Center’s food court, while providing new options for students during their lunch break.