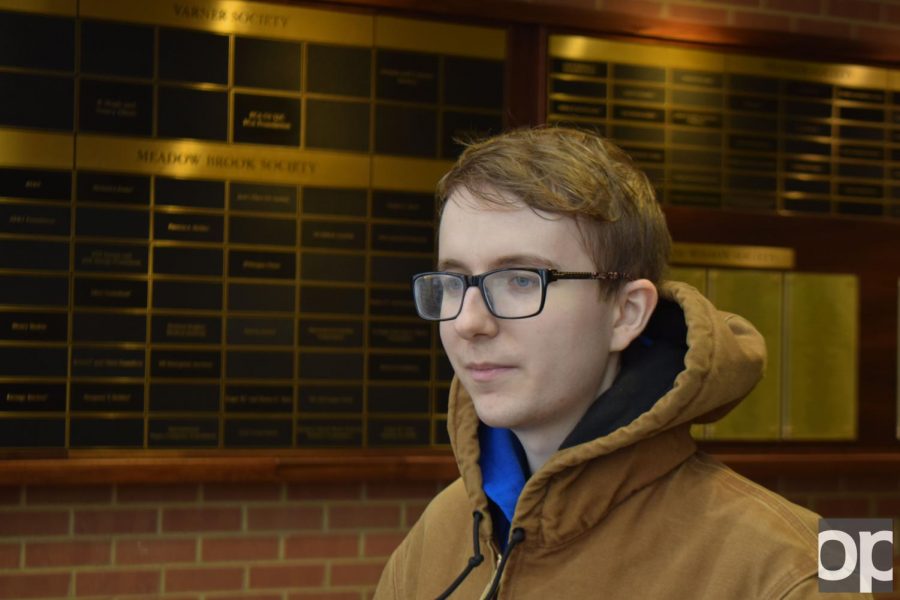 It is dirty, disposable and, most importantly, in high demand. Money is a constant  factor in many college experiences—especially when choosing classes, housing and meals—but what if one choice could alleviate some of the pressure? Cryptocurrency has infected investment, offering extreme rewards and losses dependent on timing. But despite the risk, some have taken the plunge.

“The lack of regulation provides the ability for completely anonymous transactions and the ability to hold your money without any sort of government needing to know about it, like a virtual version of gold,” said Colin Murphy, an Oakland University student and cryptocurrency investor.

However, the retention of value holds many more risks than venturing into a precious metal market. Focusing around investments in Bitcoin, for example, could have skyrocketed to over 16 times the original amount between 2013 and this past December, according to CoinDesk. Any type of investment has the potential to rise and fall, of course, but cryptocurrency, being still in its adolescent stage, is often welcome to even more risk. There’s always a reward possibility as well, though.

Before cryptocurrency became a household word, some had already begun investigating its vitality. According to Bitcoin Success Stories, Kristoffer Koch, while attending college in 2009, invested a mere $26.60 in the Bitcoin market solely because he was currently writing a thesis about encryption. By simply doing his research, he became roughly $866,000 richer. Although successful experiences are enticing, not everyone has had the same remarkable outcomes as the more advertised exciting outcomes.

“Many people who have gotten rich from cryptocurrency are similar to Forrest Gump accidentally becoming rich from Apple computers,” Murphy said. “He didn’t know what an Apple computer did, or why he was suddenly a lot richer. But he did know he didn’t have to worry about money anymore.”

Hence, there’s debate about intentionality regarding investing in any cryptocurrency because the market is so unpredictable. Not every experience involving cryptocurrency has alluded to a “get rich quick” scheme, but whether due to simple luck or strategy, many have had good fortune related to cryptocurrency. Hence, the elephant in the room is whether this intuitive currency design is here to stay.

After rocketing 1,200 percent just this past year, Bitcoin has taken dramatic turns in 2018, plumitting 30 percent last Thursday, Feb. 8 then jumping 30 percent the following day, according to CNBC. The extreme changes in vitality leave many uncertain about the market within any cryptocurrency. In fact, Murphy recently decided to cut his gains from his investments, as have many others as cryptocurrency becomes riskier. Even so, there’s still some hope these fluctuations are only due to cryptocurrency still adjusting to becoming an original currency.

“There’s a legion of people out there right now that see this as a great buying opportunity,” said Spencer Bogart, a researcher at Blockchain Capital.

With that view, cryptocurrency can almost do no wrong between rapid and unpredictable changes in the market. Of course, only the future will tell how feasible cryptocurrency actually is, but the public has entire control of the amount of investment focused into cryptocurrency. As of now, there doesn’t seem to be a shortage of interest, because the cryptocurrency conversation seems to be just beginning.