“Insidious: The Last Key” is just another horror movie 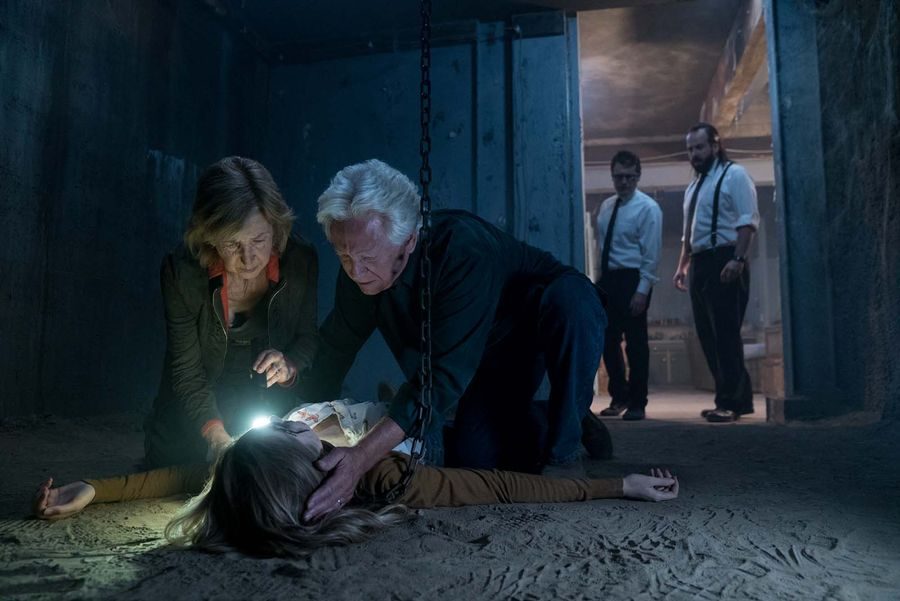 With few jump scares, lazy writing and underdeveloped characters, “Insidious: The Last Key” is just another horror movie to add to a countless bunch.

“Insidious: The Last Key,” also known as “Insidious: Chapter 4,” is a 2018 American supernatural horror film and the fourth installment in the Insidious franchise, although the second in terms of the series’ in-story chronology.

The film follows parapsychologist Elise Rainier (Lin Shaye) as she investigates a haunting in her childhood home after the current owner of the home contacts her, seeking help with an intense haunting.

Really, this newest installment at its core is nothing revolutionary. On its own, the story would have been a new twist on a classic concept. Paranormal investigation horror films are pretty generic, but Rainier’s backstory is interesting and the return to her childhood home along with frequent flashbacks to her abusive father adds a new dimension.

While there was so much potential, the writing was far too lazy to carry it out. There is no questioning the plot. Just when there is a sense of mystery, the answers are spoon fed. The base story is interesting and has a lot of potential to bring something new to the table, but doesn’t deliver.

The dialogue was cringe worthy to say the least. It felt like a fifth-grade creative writing assignment. The interactions and even pieces of the plot felt generic and over the top.

Rainier breaks into inspirational moments that feel physically painful to watch. There are never surprises, especially with her dialogue. She says exactly what you expect her to in the worst way possible. There isn’t anything human or natural about the interactions. It truly feels like watching a written script, not a slice of someone’s life.

Tying the plot back to the original “Insidious” film felt forced as well. The original concept of “Insidious” was interesting, though still strayed into simply ridiculous. While as a viewer, it’s appreciated to see continuity, it’s hard to follow a train of thought in how this “dream walking” really works. While there are pieces of the plot that are explained to death, little details like the significance of the red doors or even the key master and whether there are more like it, are never brought into question. The most important questions are left unanswered.

In regard to actually horror elements, this is the only place where this film doesn’t fall through. It’s scary. There are times when covering your eyes isn’t out of the question and times when you beg for an ounce of relief with back to back jump scares.

Even this eventually breaks though. The scariest part of this film was that viewers don’t see the monster. There are only suggestions of its existence: shadows, noises, even extended blurred scenes.

Eventually, the monster is clearly shown and extensively shown. Any sense of fear is lost once not only is the monster clearly visible, but the characters become comfortable with seeing it and being in its presence.

Overall, this movie was just another horror movie. There was truly nothing special about it, but it still did its job. Viewers are scared when they see it, but it’s not a movie to venture back to as a classic.