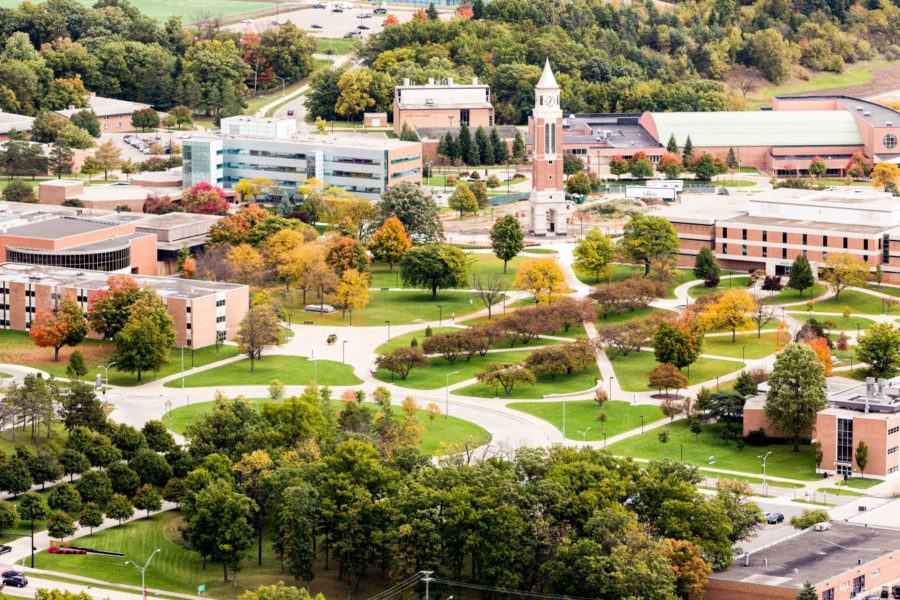 Jeff Konya, Oakland University’s former Athletics Director, announced he will be the new Director of Athletics at Northeastern University in Boston, Mass. on Wednesday, Jan. 10. The announcement came as a shock to much of the university community as Konya signed a five-year contract with Oakland Athletics in June 2017.

“[Konya has] been a great mentor and friend and leader for our organization,” McMeel said. “So, it’s disappointing because he’s not going to be here, but happy for him because it’s a great opportunity for him and his career development.”

“Oakland University is a special place, and I will hold it in that kind of regard moving forward,” Konya said in the press conference. “I know that they’re in a position for greater success.”

Konya has not granted The Oakland Post’s request for comment.

“We were happy with the job he was doing at Oakland,” Glenn McIntosh, Vice President of Student Affairs and Chief Diversity Officer for Oakland, said. “He has made some outstanding things happen here, so he was rewarded with a five-year contract.”

In October 2017, Oakland was selected by the NHL to participate in a feasibility study. The study looks into a possibility of bringing NCAA Division I men’s and women’s hockey teams to campus. Since the start of the study two and a half months ago, there have been no progress updates. McIntosh said Oakland will continue to pursue the opportunity.

“We realize now that [hockey] is an experience, so we plan to continue to move forward,” McIntosh said.

“I really can’t give a timeline,” McIntosh said. “Now, I think the structure will be put into place pretty quickly.”

As soon as the search committee is formed, steps will be made to work on a search process and ultimately a pool of candidates. The interview process will follow.

“I think we’re looking for a strong, visionary leader,” McIntosh said. “Someone who understands Division I athletics. Someone who will come in and brag about the traditions at Oakland. Someone who is dedicated to making sure that student-athletes have a positive experience, which means in the classroom, support they need outside the classroom and support in their competitive sports. We are looking for a very dynamic leader.”

In the meantime, McMeel is looking forward to carrying the Golden Grizzlies forward.

“We’re here to provide a great experience for our student-athletes, for our fans, for our donors and for the university as a whole,” he said. “I’m really excited to continue the momentum that we already established and to continue to push that forward.”