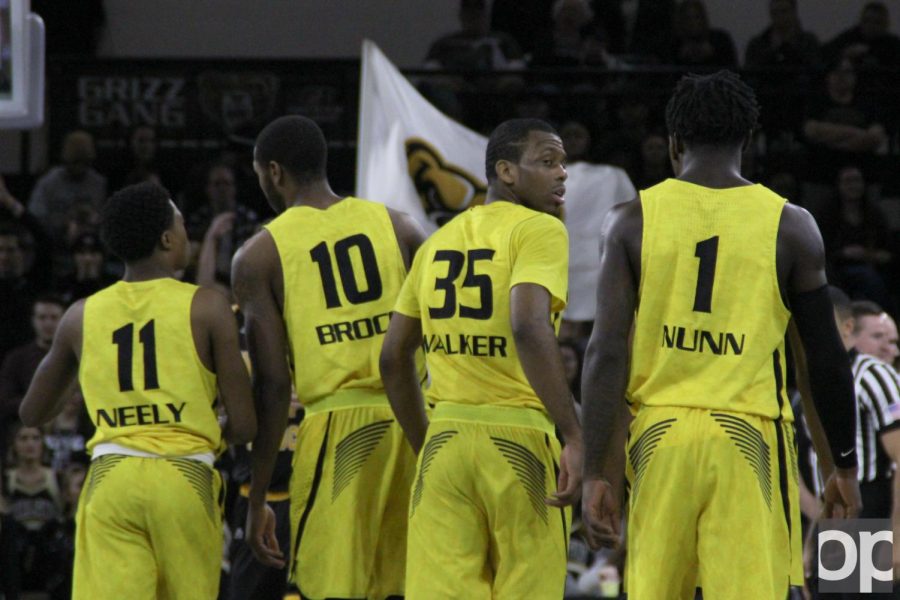 The Golden Grizzlies suffered a tough loss to the Norse on Friday.

Friday night, prime time, ESPN in the house. This was the scene as the Golden Grizzlies took on the Northern Kentucky Norse in their Horizon League home opener. The Norse were coming in at 9-5 while the Golden Grizzlies are coming off a tough loss to Green Bay and a 9-6 overall record. Oakland standout Kendrick Nunn came in averaging an outstanding 25.3 points per game. With the O’rena packed to the brim, the Black and Gold would have to give it their all to beat this strong Northern Kentucky squad.

The first ten minutes of the game were as back and forth as it gets and the score was all knotted up at 21 a piece. Nunn and Jalen Hayes both had eight points up to this point. Chris Palombizio checked in off the bench, hit a couple shots and played some key minutes for Oakland in the first half. Nunn and Hayes went off in the second half of the first to send Oakland on a run which would put them ahead 47-41 by the half.

Hayes and Nunn led Oakland in scoring with 14 each and Martez Walker wasn’t far behind with 10 points. Isaiah Brock was having a fantastic game defensively with five rebounds and 4 blocks at the half. The Golden Grizzlies would have to keep up the intensity if they wanted to hold off the Norse in the second half.

Northern Kentucky came out of the locker room for the second half with a renewed confidence and took a 57-52 lead over Oakland in just four minutes. The Golden Grizzlies fought back and it was yet again another back and forth first ten minutes of a half where neither team looked ready to give in. With 10 minutes left to play in the game, the Norse were up 68-61 over the Golden Grizzlies.

Oakland continued to claw its way back into this one and with five minutes to go, the team was only down by four. Foul trouble continued to torment Northern Kentucky and this was a major factor in Oakland’s comeback attempts. As hard as the Golden Grizzlies tried they just couldn’t break through and the Northern Kentucky Norse came up victorious 87-83. Nunn was the high scorer for Oakland with 24 and Walker was just behind him with 19. Brailen Neely had a game high 11 assists while Brock yet again recorded six blocks.

It was another tough loss for Head Coach Greg Kampe’s squad and it made two losses in a row in Horizon League play.

“They [Northern Kentucky] were the championship team, they deserved to win the game,” Kampe said. “They beat us every way you want to beat us, they beat us.”

The Golden Grizzlies look to get back on the winning track against Wright State on Sunday, Jan. 7.