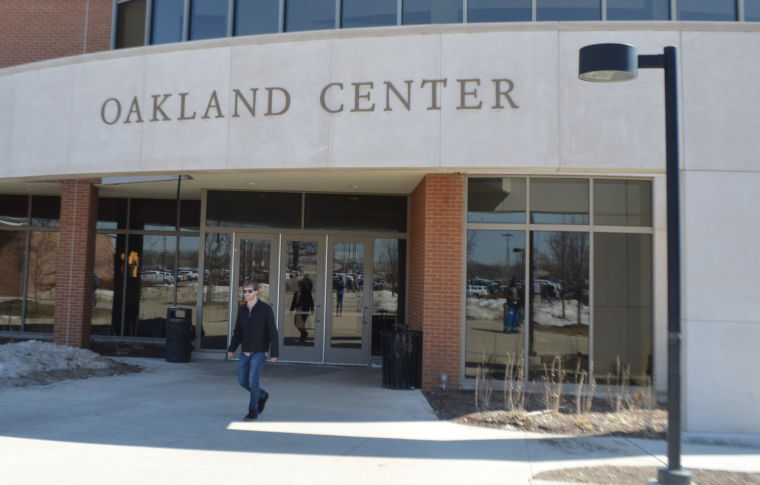 A water main break rendered the Oakland Center unusable through the afternoon on Saturday, Jan. 6. With the exception of the Banquet Rooms and Au Bon Pain, the building will reopen on Sunday, Jan. 7.

“One of the fire suppression water lines that is located up by the Banquet Rooms of the Oakland Center froze overnight and broke,” Oakland University Police Department Chief Mark Gordon said. “We learned about it at 9:08 a.m. this morning.”

Gordon said it is unclear whether or not the break is due to the OC renovation construction as this particular pipe may not have been exposed to the elements. What is clear is that the recent freezing temperatures became too much for the pipes to handle. The flooding only affected the Banquet Rooms and the area by Au Bon Pain.

The basement of the OC and most of the first floor, including Pioneer Food Court, remain unaffected. This comes as a relief to the offices in the basement that already experienced a flood over the summer semester.

On Jan. 6, all events in the building were postponed or relocated. For instance, the Residence Hall Association and the Center for Student Activities’ “Roller Skating & Comedy & Music & Munchies event” tonight at 7 p.m. was been relocated to the Oakland University Rec Well. The event was originally going to take place in the Banquet Rooms.

Gordon said OUPD will continue to send out emails and tweets. He advised students, staff and faculty to check their emails for further updates.