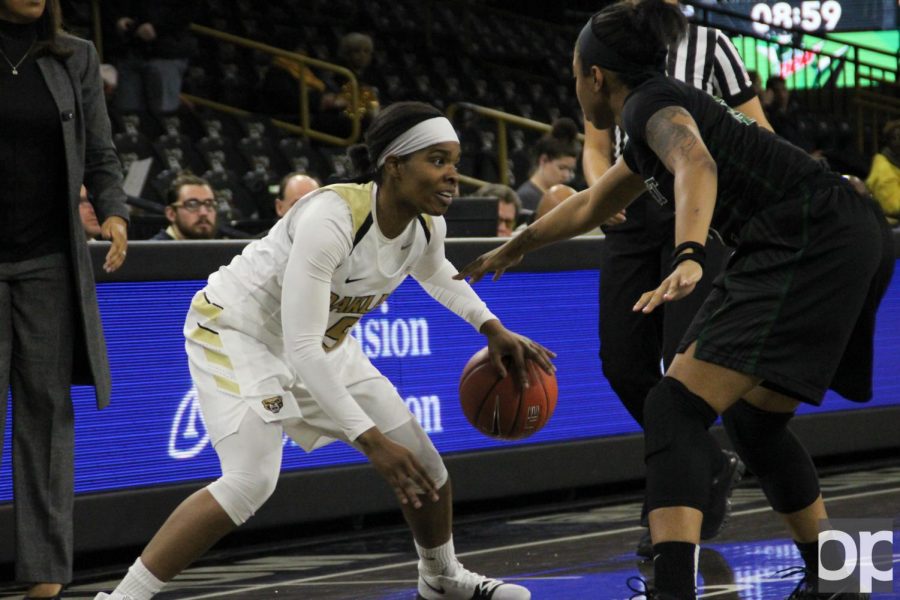 The weather outside was frigid and frightening as the comfy confines of the O’rena played host to the Horizon League home opener for the Golden Grizzlies. The opponents were the Wright State Raiders who were coming in with an impressive 10-4 overall record and 1-1 in Horizon League play. Oakland came into this one with a 8-5 record and also 1-1 in league play.

The Golden Grizzlies got off to a start as cold as the wind chill, they didn’t net a single bucket for the first five minutes of the game. Cierra Bond finally broke that streak and put in a layup to kick start Oakland’s offense. At the end of the first quarter, Wright State held a 16-13 lead. Oakland had six different girls score in the first, but none of them had more than three points.

Wright State went on a run to start the second quarter and were up 31-19 halfway through the second. Oakland just couldn’t get the baskets and the team’s leading scorer, Sha’Keya Graves, only had seven points. When halftime rolled around, the Raiders had extended their lead to 39-24 over the Golden Grizzlies.

Oakland had four different girls with three rebounds and Bond had the lone assist. There wasn’t much else going in ways of offensive production. The Black and Gold needed to find a groove in the second half to stick around in this game.

When Bond hit a three to start the half, things looked brighter for the Golden Grizzlies, but the Wright State Raiders continued to pour it on and the shots just didn’t fall for the Black and Gold. When the third wrapped up, the score was 52-42 and Bond continued to lead Oakland in scoring.

The Golden Grizzlies looked sharp to start the fourth and brought the game within eight points at one point in the quarter. The Wright State Raiders just weren’t having any of it and drove through to the finish with a 77-57 win over the Golden Grizzlies. Head Coach Jeff Tungate was disappointed in his teams physical play.

“They were tougher than we were, they fought harder, they were stronger and they just pushed us around and we took it,” Tungate said. “We just let them do anything they wanted, we didn’t fight back and to be successful you have to fight back.”

Fifth year senior Taylor Gleason, who had eight points and five rebounds, said she and her teammates caved under the pressure of the game.

“We had a rough one today, we did what we needed to do in practice but we just didn’t execute on the floor” Gleason said.

After this disappointing loss, Oakland looks to bounce back against Northern Kentucky on Saturday, Jan. 6.