Golden Globe nominated actor talks about his most ‘sinister’ role 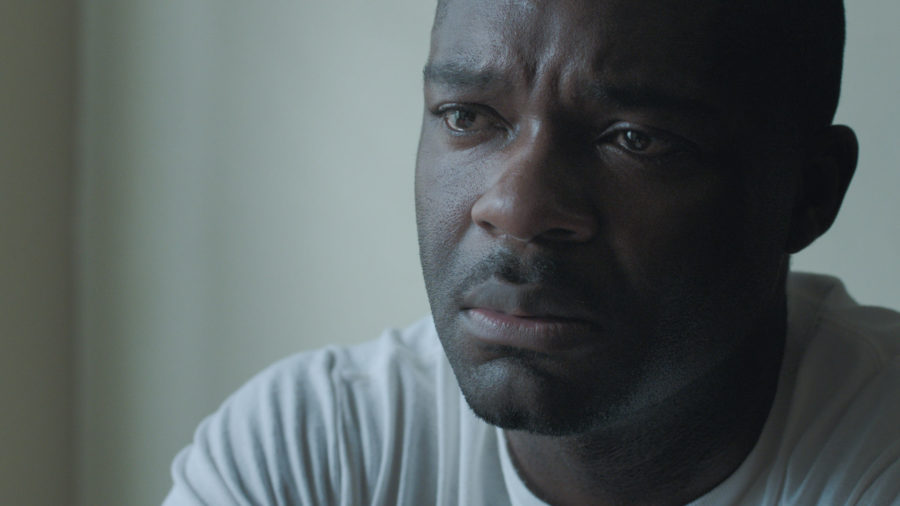 After earning near universal acclaim for his portrayal of Dr. Martin Luther King Jr. in last year’s “Selma,” David Oyelowo tackles another challenging role in “Captive.”

Hailing from Oxford, England, Oyelowo has become one of Hollywood’s most sough-after talents. Oyelowo trained as a stage actor at the London Academy of Music and Dramatic Art, and received rave reviews in the British theater community. He made his US debut in 2006 when he starred in Kenneth Branagh’s HBO film, “As You Like It.”

In those nine years since, Oyelowo has enjoyed much success in the film industry. Not only did he receive recognition for “Selma,” but he earned individual NAACP Image Awards and Independent Spirit Award nominations for the critically acclaimed independent drama, “Middle of Nowhere.” He has also worked with some of Hollywood’s top directors appearing in Christopher Nolan’s “Interstellar,” J.C. Chandor’s “A Most Violent Year,” and Steven Spielberg’s Academy Award winning “Lincoln.”

It is his newest role in the upcoming movie “Captive,” that Oyelowo says was one of the toughest challenges he’s ever faced as an actor. The film tells the real life events of an escaped killer, Brian Nichols, who takes recovering drug addict and single mom Ashley Smith, hostage in her own apartment.

Oyelowo said that he was drawn to the film as both an actor and a producer because of the film’s story and message. He admits that it was one of the tougher head spaces he had to inhabit, but he believes that the film can show people the miracle of a second chance.

Oyelowo also explained that “Captive” gave him the opportunity to show the audience a different side of him. He mentioned Daniel Day-Lewis, Christian Bale and Sean Penn as some of the best actors today because of their ability to pull off any role and become the character.

“Part of what you’re looking for as an actor is to dare yourself,” said Oyelowo. “You need to position yourself where failure is a real possibility because when that’s the case, that’s when the audience continues coming back. Hopefully if you succeed, they want to see if you can conquer a wide range of roles.”

Along with the challenges of playing a murderer, the film also hinges on the evolving relationship between Nichols and Smith. Oyelowo said that he was a big advocate for Kate Mara to play Smith because he felt that there needed to be a sense of trust between the two actors for it to be believable. He added that directing her in the short film “Big Guy” helped sell that relationship.

“One of the challenges of making movies is that you’re thrown together very quickly and you’re often shooting out of order and you have to make it feel like it works. One of the things that can really help with that is when you work with people you know,” said Oyelowo.

“Captive” is in theaters this Friday and is rated PG-13 for mature thematic elements involving violence and substance abuse.