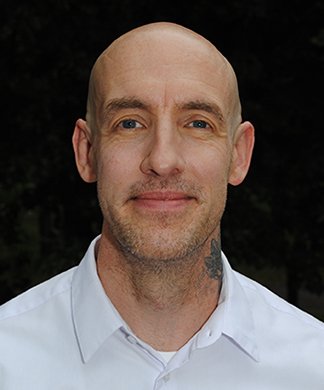 From queer social theory to sociology of gender, to even sociology of religion, George Sanders is a pretty social guy.

Sanders was born and raised in Orlando, Fla., receiving his bachelor degree at the University of Florida. He then attended Vanderbilt University where he earned his Ph.D in sociology. He didn’t start off as a sociology student. When he was at Vanderbilt, he began pursuing a Ph.D in psychology.

“I was actually a grad student in psychology working for a professor on her research,” he said. “The professor, who had grown tired of my asking her questions that pertained to social contexts, social institutions and social structures, finally said, ‘George, you’re not really a psychologist but a sociologist.’”

After meeting with a professor in Vanderbilt’s Sociology Department, it was clear to Sanders that this is what he was passionate about.

“Having never taken a sociology class in the past, I needed to go and figure out what it meant to be a sociologist,” he said.

As a part of Oakland University’s teaching faculty, Sanders has taught a variety of sociology and religion based courses. Out of everything he teaches, he said his favorite is queer theory.

Queer theory is a course that focuses on the deconstruction of sexuality as well as conventional gender identity and performance.

“The nature of the topic itself lends itself to all kinds of unconventional materials and ideas,”Sanders said.

He also has interests in the religious side of sociology. He wrote a piece for The Critical Sociologist titled “Ironically Religious and Blandly Fashionable” in 2014.

The piece is Sanders’way of “making an effort to understand Christianity’s attempt to borrow from indie or ‘hipster’ culture.” He was prompted to write this article when he noticed the surge of young people involving themselves religiously and concluded that many of them felt that the church itself gave them a sense of belonging.

In the future, he hopes to learn more about rituals that take place in religious communities. Specifically, Sanders is curious about the ways that humans use their bodies as a tool while worshipping.

“I’d like to know how the things we do with our bodies intersect with our intellectual and moral understandings of religion,” he said. “As a long-time practicer of Zen Buddhism, my meditation practice reinforces certain principles. I’m particularly interested in the ritual practices found in more mainstream religions such as kneeling, communion, and even prostrations on a prayer mat.”

Sanders recommends that students with an interest in sociology take his course, sociology of gender. He co-teaches this class each semester with Jo Reger, director of the Women and Gender Studies Program. The course allows students to learn about the social constructions of masculinity and femininity in social institutions.