From the Bahamas to OU: New Professor Conducts Heart Research 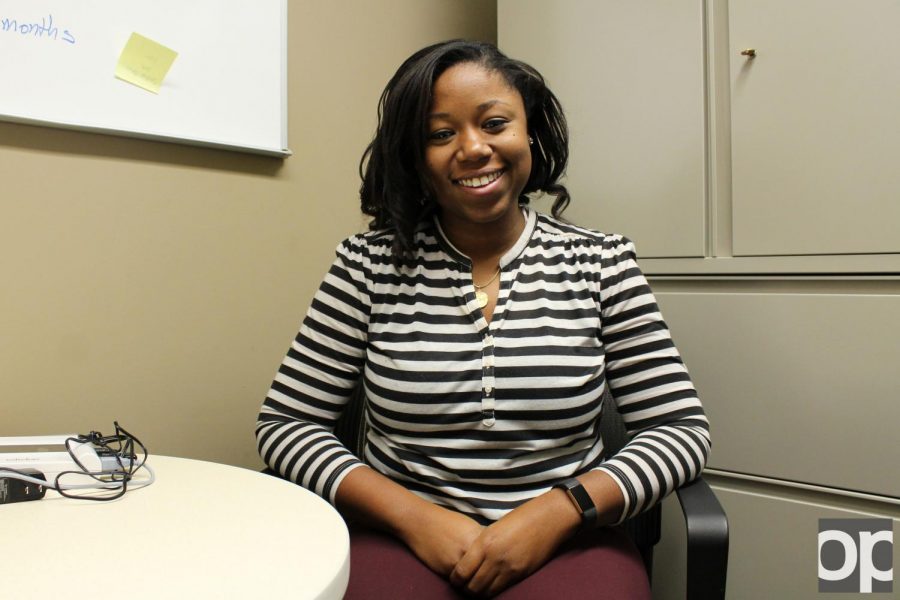 Caress Dean grew up in the Bahamas, but came to the mainland states to pursue a career in public health.

What do the Bahamas, Greece and Oakland University have in common? Caress Dean, an assistant professor in the Department of Public and Environmental Wellness.

With 4.5 percent of Oakland’s students hailing from foreign countries, according to OU Fast Facts, the faculty also contribute to geographic diversity.

Born and raised in the Bahamas, Dean moved to the U.S. when she was 17 years old.

“It was just a slower pace, great food, clear waters,” Dean said. “Some of my favorite memories are on Sundays. Instead of sitting at the dinner table eating, we would just make a picnic basket and have dinner at the beach.”

Since much of the Bahamas’ revenue comes from tourism, Dean said there weren’t any options for getting a degree in anything other than hospitality at the time. So she came here in pursuit of a veterinary career. This eventually evolved into a career in public health.

She then had the opportunity to travel to the 2004 Olympics in Greece. As her grandmother is an avid track and field fan, Dean witnessed many of these events including a race with multiple world record holder Usain Bolt.

“It was awesome,” Dean said. “You wanted to watch it yet video and take pictures at the same time, so it was just like I wanted to see this in person but I also wanted memorabilia.”

Dean was hired by the university in August 2016 and currently teaches health policy and management on the master’s level and health in personal and occupational environments.

She is also, along with Honors College student Sydney Rekar, conducting research on cardiovascular disease prevention and management.

“Right now, I’m focusing on cardiovascular disease because of its indirect, or somewhat indirect, impact on other conditions such as obesity [and] diabetes,” Dean said.

This study is focused even further on the population of OU students, dealing with concepts such as the right amount of different food groups to eat, the target area for good blood pressure and how to decrease the risk of obesity.

The main channel of this research is a survey, which questions students on physical activity levels, diets and knowledge on both blood pressure and cardiovascular health.

“We’re hoping to get insights of the level of cardiovascular health among OU students that could inform future interventions and strategies,” Dean said.

The survey will be open until Nov. 26, and the first person to complete it each week will receive a $50 Visa gift card.

“Cardiovascular disease has been the leading cause of death in the United States for decades, and we’ve made great strides to increase awareness and we’re now seeing a decline,” she said. “Due to the significant impact that it’s having on the mortality rate as well as the economic cost, I just think it’s something that we should be focusing on.”