Inside the life of Kendrick Nunn 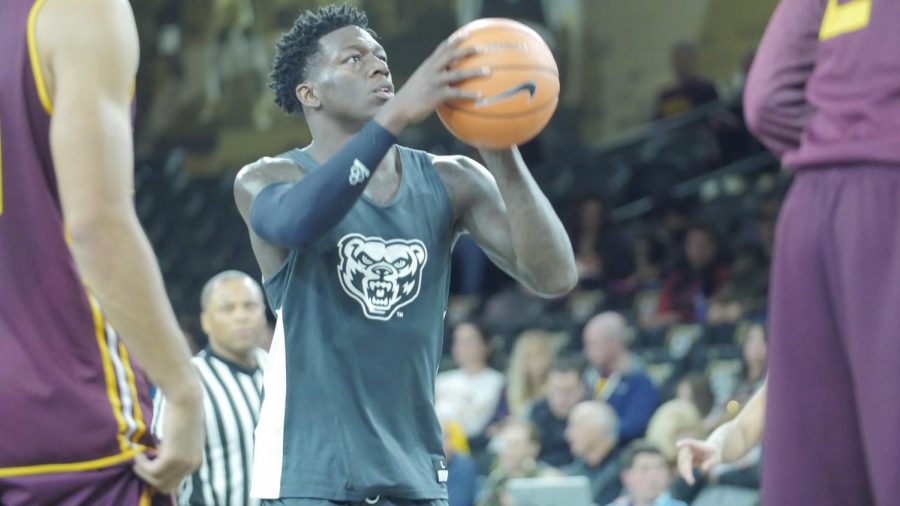 At just two years old, Kendrick Nunn had a basketball placed in his hands by his father Melvin and has never looked back. Nunn spent year after year working on his game, and with hard work and countless hours of practice he became one of the best to come out of the Chicago area.

Nunn attended Simeon Career Academy High School where he led his team to four consecutive state championships. In 2011, he won a gold medal in the The International Basketball Federation (FIBA) Americas under-16 championship playing for team USA. The following year he won gold again in the FIBA under-17 World Championship.

While he had originally committed to Texas A&M before the start of his junior year of high school, Nunn changed his mind and decommitted so he could attend the University of Illinois. During his three year stint at Illinois, Nunn averaged just over 28 minutes, 10.6 points and 3.3 rebounds a game. He was named to the Big Ten All-Freshman Team in the 2013-14 season.

After his tour at Illinois, Nunn had a change of heart and decided to transfer to Oakland University. Nunn is excited to join the program and he believes they can make a real splash in not only the Horizon League, but the NCAA as a whole.  He had to sit out the 2016-17 season due to NCAA transfer rules.  It’s a tough transition, but one that has been made easier by his teammates and coaches.

“Coach Kampe has been a big help with the transition,” Nunn said. “We got a great group of guys here, they’ve helped me a lot and we’re brothers.”

With a surplus of playmakers for the Black and Gold this year, Nunn knows he will have to spread the ball around with other top scorers like Jalen Hayes and Martez Walker.

“I’m a natural scorer but I’ve been really working on my ball handling skills in the gym so I can take over the point position,” he said. “We have a lot of playmakers on this team and we move the ball around well.”

“It’s a real good program here and we play well together,” he said. “We’re angry, we want to build off of the last three years and be even more successful. Winning has made me a competitor and with all the guys we got here I know we can do the same.”

With the start of the season right around the corner, Nunn along with the rest of the Golden Grizzlies are hungry and can’t wait for their season opener on November 6 on the Blacktop at the O’rena.