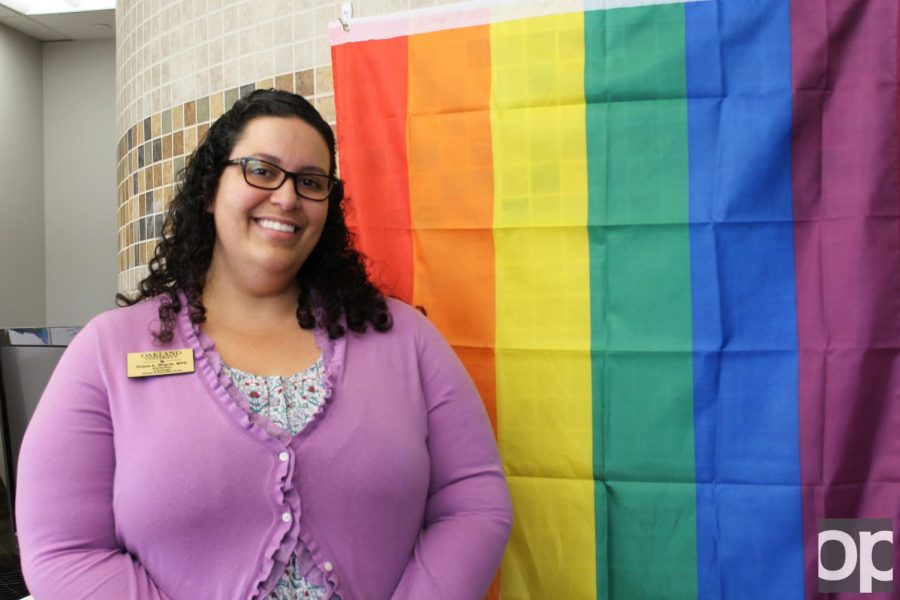 According to Grace Wojcik, coordinator of the Gender and Sexuality Center, the LGBT day began as a showcase of LGBTQIA+ community centers and later expanded to include LGBT campus centers across the country.

“LGBT Awareness day is basically a day to celebrate the fact that we have this resource center here for the community,” said senior Micah Rowland at OU, who works for the Gender and Sexuality Center.

Rowland studies English with a concentration in secondary education and started working at the center in his junior year.

According to Rowland, the center is a heavily underutilized resource and could use more advertising. The resource’s value frequently goes unnoticed by OU students.

Having spent his freshman year making friends at the center and discovering who he was, Rowland said he wants to help the center in any way that he can.

OU’s GSC has been participating in the national awareness day since 2014. Then U.S. President Barack Obama sent the center a signed letter in recognition of the center’s participation.

Students had the opportunity on Oct. 19 to come to the center’s open house in 112 East Vandenberg Hall and learn about the programs and the services that the center offers. Goodies and refreshments were provided.

While typically tabling in the Pioneer Food Court on LGBT center awareness day, the center couldn’t do so this year because of all the construction taking place in the Oakland Center, Wojcik said.

“I think it’s important to highlight the resources that are available in the communities across the country and on college campuses,” Wojcik said. “For a lot of different reasons people may not be aware that a center exists nearby. They may not be aware of the services that are offered by those centers. So, I think that’s a really big piece of it: to let people know about them and the fact that they exist.”

The center awareness day happens on the same day as the National Spirit Day, a day to show support against bullying of LGBT youth.

“It’s another nice way to recognize that day [and] it’s empowering for people,” Wojcik said.

The GSC offers a peer mentoring program for freshmen or transfer students. The students get a mentor assigned to them that acts as their guide for the entirety of an academic year, according to Wojcik.

The center participates in many other days and events throughout the academic year, including National Coming out day, Transgender Day Remembrance and World AIDS Day.

Rowland encourages students to come to the center because there are great resources available for students, he said. He also said that the center is hoping to bring even more resources for students in the future.