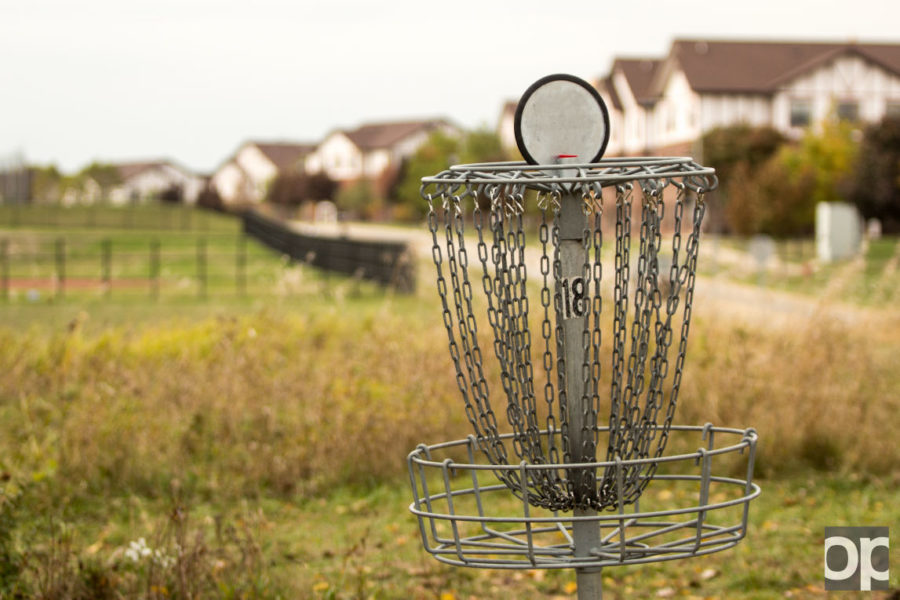 The original course, opened in 2009, was closed in 2013 during the construction of the Recreation and Outdoor Athletic Complex (R.O.A.C.), formerly known as “The Upper Fields.” As of Sept. 3, 2015, the first day of classes, the course has been officially open for play.

“Nine holes from the original course opened in 2009 remain the same,” Director of Campus Recreation Greg Jordan said. “Of the nine new holes, four holes have either a new tee or a new bucket location. The remaining five holes are brand new.”

In a previous story from last fall, it was reported that the course would open in Spring 2015. Jordan says the reopening process was pushed back until fall 2015 due to the completion of the R.O.A.C. and rearranging the course around it.

Danya Youssef, a recent alumnus from July of 2015, has been playing the course for the past four years, including during the construction period.

“I’d say it’s a tough course,” Youssef said just after coming off of the course, scoring five birdies. “It was cool that [Campus Recreation] maintained their challenging course in the smaller area of space that they were given.”

Youssef believes that new additions to the course including reflective chain basket markers and an increased number of trashcans have created a better playing experience.

“I’d like to see more student involvement,” Youssef said. “We have a great course in our backyard and not many schools do.”

Jordan anticipates that the reopening of the course will entice more students to try out the course.

“My bet is that interest in forming a [disc golf] club will develop,” Jordan said. “I’m sure we will have some intramural programs planned in the spring.”