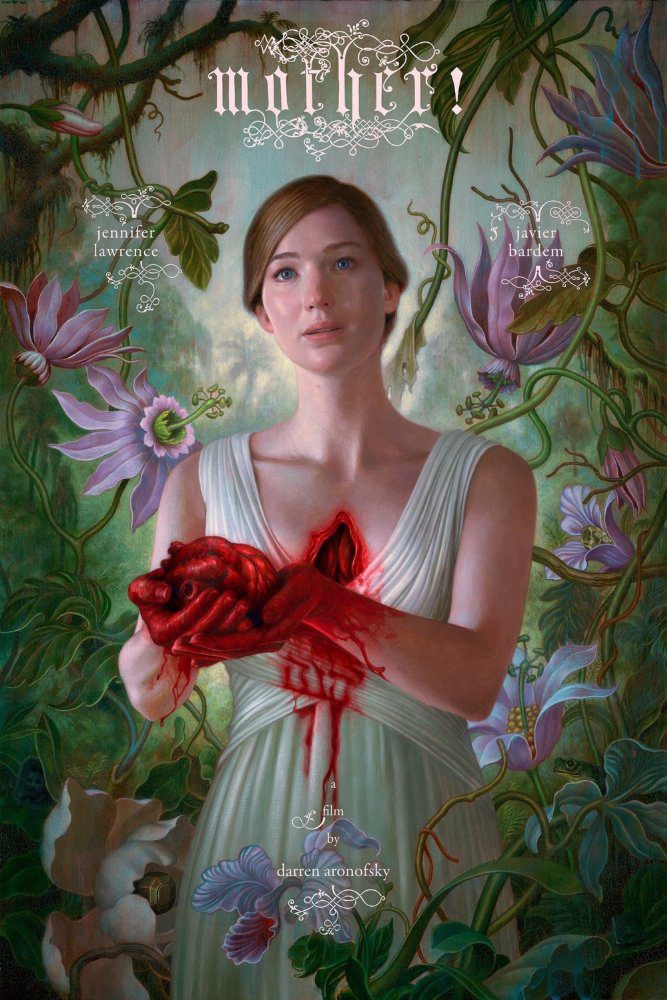 Darren Aronofsky is no ordinary filmmaker. The mastermind behind films like “Black Swan” and “Requiem for a Dream” is known for his dark and twisted storytelling, a trend he continues in his latest film, “mother!.” Like his other films, “mother!” is truly unlike anything previously released in cinemas. There is only one word to describe it—indescribable.

For starters, those unfamiliar with Aronofsky’s work should know that his films are not for the faint of heart, and “mother!” is no exception. Brash, bold and beautifully unapologetic, “mother!” is nothing like what its trailers suggested, yet everything that we could have hoped for. At its surface, it is the story of a couple whose life of solitude is interrupted by some unexpected houseguests. However, audiences quickly learn that beneath it is something far deeper and more compelling.

The film is led by Jennifer Lawrence, who plays the unnamed protagonist (identified in the credits as simply “mother”—and yes, it’s lowercase, but don’t ask why). Her fierceness in the role of Katniss Everdeen is replaced with the compliance of a loyal housewife who becomes a prisoner in her own home, an unforgettably breathtaking and vulnerable performance worthy of an Oscar nomination at the very least. The intensifying psychological torment her character endures throughout the film will leave audience members feeling both empathetic and horrified.

Meanwhile, Javier Bardem offers an equally powerful performance as her husband, who also remains nameless throughout the film (although he is credited as “Him”—yes, capitalized in contrast to his wife’s moniker, but again, don’t ask why). His character is both oblivious and ignorant to his wife’s inexplicable desire to please him, although it is ultimately this undying devotion that motivates both characters. The quality of their performances is matched by the supporting roles of Ed Harris, Michelle Pfeiffer, Domhnall Gleeson and Brian Gleeson.

The majority of “mother!” feels like a modern-day Alfred Hitchcock film; it is thrilling, dangerous and evokes the same energy that keeps viewers on the edge of their seats. One scene in which Lawrence is seen entering her shower will inevitably prompt terror among audience members, who will immediately be reminded of the famous shower scene from Hitchcock’s “Psycho.” Despite this, there is nothing particularly unusual about the film, until the last half hour of it, when our protagonist progressively loses the small amount of sanity she has left.

To call the film’s conclusion disturbing would be an understatement. The subtle moments of terror that make up the majority of “mother!” are replaced by complete and utter chaos, bringing out the worst in the two main characters, but the best in their respective actors. It is shocking, original and horrifyingly graphic. Regardless of viewers’ thoughts on the film, they will surely leave the theater with their palms sweaty and their jaws dropped.

However, in its final moments, the most genius aspect of “mother!” is revealed to be its allegorical undertones. This film takes everything you thought you knew about cinema and twists it into a brilliantly complex view of the world in which we live, rather than an escape from it.

Everyone and their mother will be talking about it.