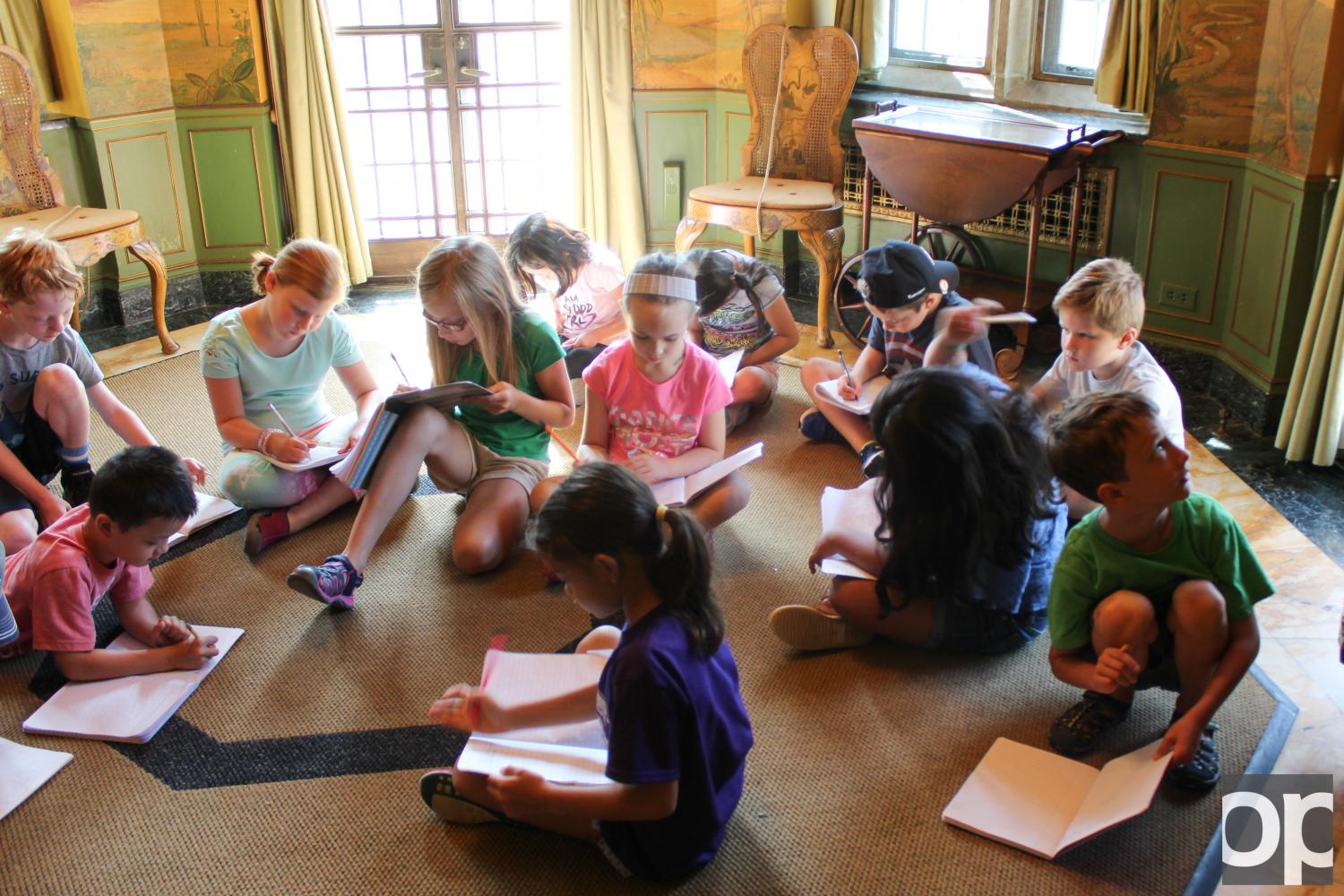 Kids hone their writing skills inside the inspiring halls of Meadowbrook Mansion.

“I just love the combining of writing and this house has so many possibilities for kids to have story ideas,” said Mary Beth Revesz, camp facilitator. “They can write a circle fiction piece, they can write poetry inspired by nature walks, they can write about their fantasy mansion, there’s a lot of inspiration here for kids to do writing.”

Revesz got involved with the summer camp program through MBWP Summer Institute, a four-week writing program for teachers. She teaches at Workman Elementary in Canton during the school year and says the excitement about writing and learning from children during the summer is an added bonus.

It is mandatory for camp facilitators to first go through the MBWP Summer Institute. Terrea Hall was inspired by the several artistic locations the program exposed her writing to including the Detroit Institute of Arts and The Heidelberg Project.

“We met [in] different creative places,” Hall said. “Then, I got the invitation from Mrs. Rivard about being here… so I did it. I’ve been teaching for almost 26 years and I’ve had kindergarten [through] 12 so for me, teaching them to write at an early age is crucial especially with a lot of the standardized tests; [getting] that foundation from letters to sounds to words to phrases to sentences to stories.”

The Youth Summer Writing Camp program was co-founded by OU lecturer Rebecca Rivard and associate professor of writing and rhetoric Marshall Kitchens, who is also the director of the MBWP.

“It’s genre based… We rotate different teachers in… and everyone has a different way of presenting. We work from a curriculum that we put together and we each kind of add our own flare to it,” Rivard said.

During youth camps, Rivard makes sure that her teaching reflects an emphasis on imagination and creativity.

“During the school year it keeps their creative writing up,” Rivard said. “A lot of kids get a distaste for writing because it’s based on prompts, which is not the teacher’s fault. If you have to write about the Statue of Liberty and you have to give three facts, you can’t say it was stomping through New York City, where here, you can write about the Statue of Liberty, send me through whatever you want to do.”