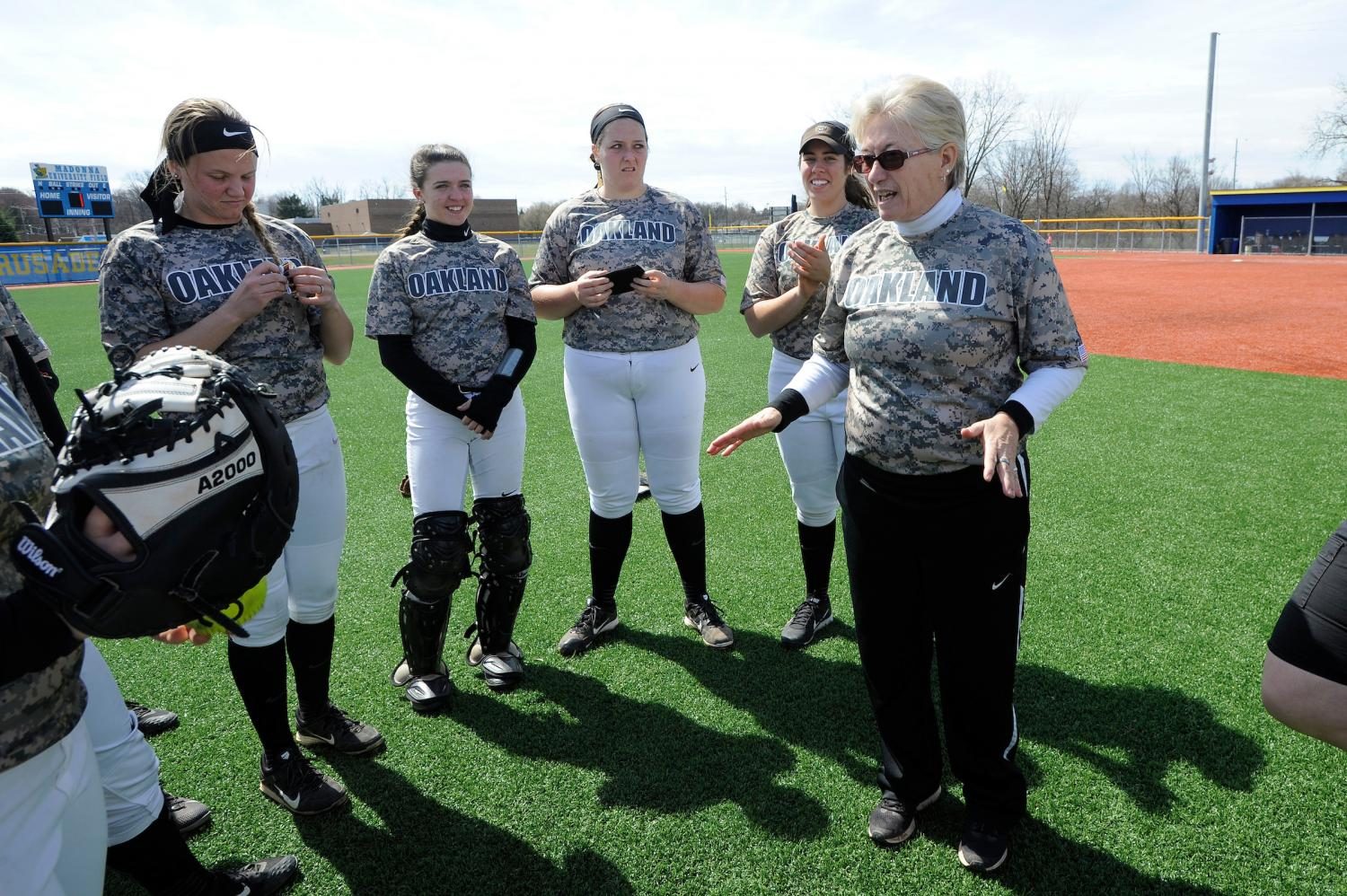 Miner stated this will let her pursue other coaching opportunities as well as focus on her “Connie Miner Softball School of Excellence.” The Kansas native also explained this decision will let her be closer to family and friends.

Miner joined the softball program in 2012 and has since acquired a record of 83-127-1 over her five years. This record comes in second for most wins in program history.

In 2015, Miner led Oakland softball to its first Horizon League title and to the team’s third NCAA appearance after a 27 win season, ranking third in program history. That same year, Miner earned Horizon League Coach of the Year accolades.

Just a week and a half prior to the announcement, two incoming freshmen were added to complete the 2017-2018 recruiting class. Since these players were added by Miner, the roster will remain the same with a new head coach coming in.

“For this coming year, we have been in contact with the recruits that had signed letters of intent to let them know that we are still committed to them coming to Oakland,” Foley said. “We will honor their commitment, and thus far, they have all indicated they are committed to coming to Oakland. This year’s recruiting class was intact under Coach Miner and the coaching staff, and it will stay that way for the fall.”

Though the official recruiting period is closed for the year, there is a possibility to add extra talent.

“Once a new head coach is hired, she or he may look at the roster, may look at the needs of the team, and say ‘I would like to go out and try to bring in another player.’ If there is an opportunity to do that, then we would certainly entertain that,” Foley said.

The main focus of  the program right now is finding a head coach. There has been interest from both internal and external candidates, and soon an evaluation process done by Athletics administration will take place. The position could be filled anywhere from mid July to late August.

“The decisions on what is going to happen with the assistant coach, the volunteer coach and the graduate assistant position will wait on the decision of who our new head coach is,” Foley said. “Once you hire a head coach then the rest of the staff will fall into place pretty quickly.”

Miner often remarked that Oakland softball had a young team since underclassmen filled twelve of the roster spots. This past year, the Golden Grizzlies lost 7 student-athletes to graduation, so all eyes will be on these underclassman.

“We always have high hopes,” Foley said. “There is a lot of talent on this team. A lot of our pitching talent graduated this past year, so we are going to need some of our younger pitchers to step up.”

In the 2017 season, Oakland came out with the best start in program history, going 3-1. The Golden Grizzlies ended the season with an overall record just below .500 at 20-26, and the program finished sixth in the Horizon League just behind Detroit Mercy. Going into the upcoming season, confidence in winning another league championship is at an all time high.

“With the program we have at Oakland, we are in a position where we can compete for the Horizon League championship on an annual basis,” Foley said.