Too cool for high school 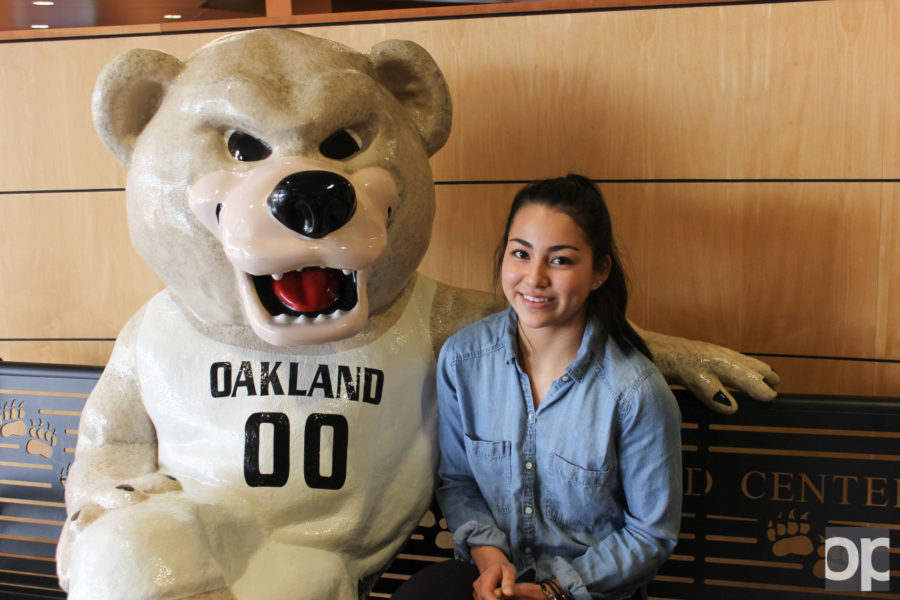 The dual enrollment program at Oakland University allows high school students from around the area to attend college classes.

Remember in high school that freshman in your senior year math class who was too smart for any of the freshman year courses? Well, they could be your fellow student at OU now.

The dual enrollment program at Oakland University allows high school students from around the area to advance upon their education once they have surpassed the curriculum offered at the high school level.

According to Denica Holzworth, an admissions advisor, high school students eligible for the program are either juniors or seniors who have a GPA higher than 3.0.

Yasmeen Moradshahi is one of the students in the Dual Enrollment program.  She is currently a senior at Rochester Adams High School and is enrolled in an Oakland University French class.

Moradshahi said she has always been ahead of the class in French.

“I went to a French immersion school from grades one through seven so I was pretty fluent in French already,” Moradshahi explained.

After receiving signatures from her counselor and principal, she applied through the Oakland University website and was ready to take the next step up in her French studies.

After being accepted to the program, the student is admitted for one year. The only requirement is that the student earns at least two credits for each class they take. They are able to take up to eight credits per semester.

The dual enrollment program is not specific for French students. It can be open to a variety of different subjects.

Holzworth explained that the program it is used for a variety of subjects, though not specifically all areas of study.

“Normally it’s going to be math or maybe psychology or accounting,” she said.

The change between high school and college classes can be pretty substantial. Moradshahi said it was a pretty big change from anything she has done before.

“I’ve taken multiple AP (advanced placement) classes but it’s my first time taking the class at a college,” Moradshahi said. “It took some getting used to because we don’t have the same schedule in high school. I like knowing all the dates for tests and assignments, though, because it makes it easy to stay on track.”

Moradshahi says she does not feel out of place at all anymore. She is used to being the youngest in her class after taking AP classes.

She thinks this will be an opportunity that pays off.

“It’s really nice to see how college classes work at an actual college rather than just taking AP courses,” she said. “I think it’ll make next year easier.”

As for next year, Moradshahi has not made any decisions. However, she does not think that she will be going too far away from home.